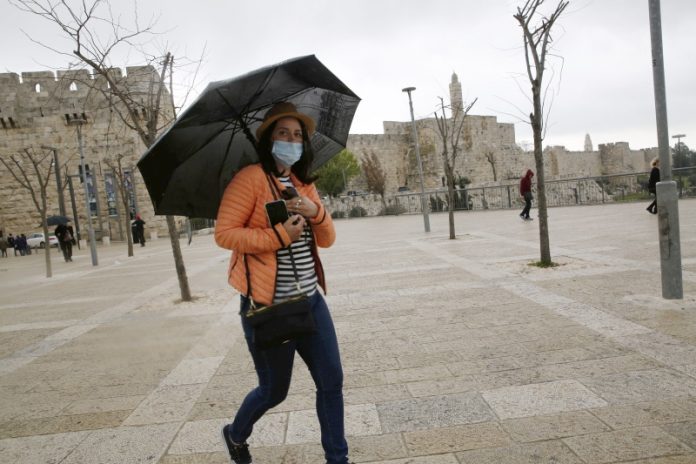 Shops across Israel have reopened as the country eased the lockdown restrictions imposed to counter the coronavirus pandemic that has so far killed 200 people and infected 15,882 others.

During the first working day of the week in the country, most stores on Sunday reopened and people went shopping as the country regained a feeling of normality, reports Efe news.

Shopkeepers sported protective face masks and customers queued outside the stores in a bid to respect the rules imposed by the Health Ministry to prevent the spread of the virus and maintain social distancing.

The Police distributed masks and asked those who did not wear the protective gear to do so if they wanted to avoid the 200 shekel ($57) fine.

The decision the government took to reopen practically all businesses, including barbershops and beauty salons, and to allow restaurants to provide takeaways has sparked controversy.

Several analysts and even Health Ministry senior officials questioned the rush and denounced a lack of clear planning to relaunch the economy.

Critics have urged for the social distancing rules to be strictly implemented.

Others, including sellers at the market of the Jerusalem neighbourhood of Mahane Yehuda, criticized that megastores such as Ikea were allowed to reopen a week ago.

In the meantime, over 200 chain stores announced they would not reopen until they were granted government subsidies.

The shops argued that reopening would only aggravate their losses given the economic situation the country faces.

The move to relaunch the economy was also criticized because it coincides with a curfew the government has imposed during Memorial Day for the Fallen Soldiers of Israel and Victims of Terrorism, which begins on Monday evening and ends the following evening.

The government also decided to close cemeteries as many chose to mark the occasion by visiting loved ones who died in the war, terror attacks or while serving in the military.

In a first, Saudi Arabia to offer tourist visas