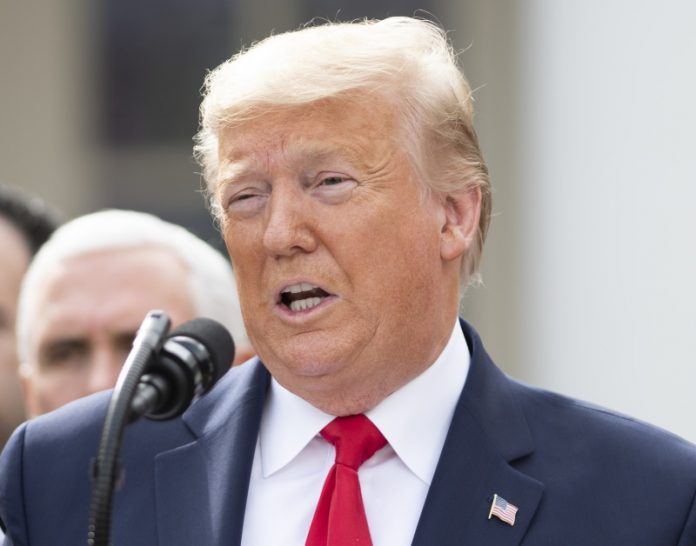 US President Donald Trump once again lashed out at the media after the controversy that erupted over statements he made suggesting that COVID-19 could potentially be treated by injecting disinfectant into patients’ bodies.

“The people that know me and know the history of our country say that I am the hardest working President in history. I don’t know about that, but I am a hard worker and have probably gotten more done in the first 3 1/2 years than any President in history. The Fake News hates it,” the President tweeted on Sunday.

He added in another tweet that he works from early in the morning until late at night, saying: “…haven’t left the White House in many months (except to launch Hospital Ship Comfort) in order to take care of Trade Deals, Military Rebuilding etc,” Efe news reported.

“And then I read a phony story in the failing @nytimes about my work schedule and eating habits, written by a third rate reporter who knows nothing about me.

“I will often be in the Oval Office late into the night & read & see that I am angrily eating a hamburger & Diet Coke in my bedroom. People with me are always stunned. Anything to demean,” he added.

Trump was referring to an article published on April 23 by the New York Daily in which a number of government officials and the president’s close advisers described his habits at the White House during the coronavirus quarantine and how the president feels frustrated because he is not being reported on as he would like in the media.

In another set of tweets, the US leader lashed out at “all of the ‘reporters'” who have received “Noble Prizes” for their work on the Russia investigation “only to have been proven totally wrong (and, in fact, it was the other side who committed the crimes) be turning back their cherished ‘Nobles’ so that they can be given to the REAL REPORTERS & JOURNALISTS who got it right”.

“I can give the Committee a very comprehensive list. When will the Noble Committee DEMAND the Prizes back, especially since they were gotten under fraud? The reporters and Lamestream Media knew the truth all along,” the President went on to say.

Despite the misspelling, Trump was clearly confusing the “Nobel Prize” – which is not given out for journalism – with the Pulitzer Prize, which is awarded to journalists for outstanding reporting, and claiming that Nobels had been given out to reporters for their work delving into alleged Russian interference in the 2016 elections.

Trump posted these messages on a weekend when he has not held any COVID-19 press conferences, although he had done so in past weeks on Sundays, and after on Saturday he suggested that he was going to cancel them altogether after the controversy over his remarks on April 23 that disinfectant might be injected into Covid-19 sufferers to “kill” the coronavirus within the human body.

After the widespread criticism that erupted over such comments, with medical experts and spokespeople for disinfectant manufacturers strongly urging the public not to ingest such products under any circumstances because they could cause bodily harm and even death, Trump on April 24 had tried to walk back his remarks by declaring that he had merely been speaking in a joking and “sarcastic”.