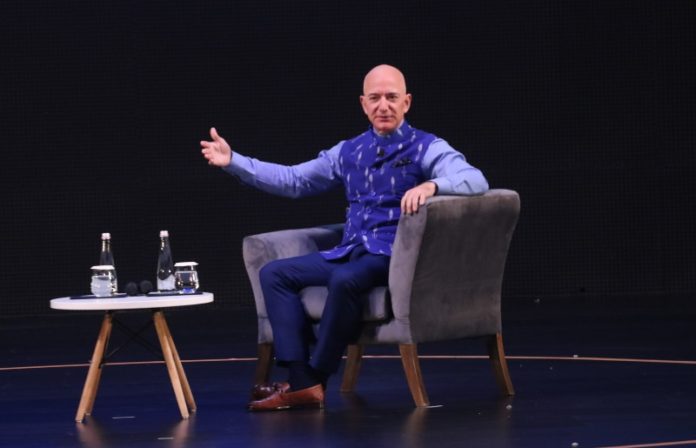 Jeff Bezos-run Amazon was left in shock when the Donald Trump administration put five of its foreign websites – India, Canada, the UK, Germany, France – on the “Notorious Markets” annual report for being havens for counterfeit products.

Not just Amazon, Snapdeal and four other Indian shopping areas have figured in the ‘Notorious Markets’ list for counterfeiting and piracy. The US trade representative’s (USTR) office also listed Tank Road in Delhi, Heera Panna in Mumbai, Kidderpore in Kolkata and Millennium Centre in Aizawl in the ‘notorious markets’ list.

“The Trump Administration is committed to holding intellectual property rights violators accountable and to ensuring that American innovators and creators have a full and fair opportunity to use and profit from their work,” US Trade Representative Robert Lighthizer said in a statement late Wednesday.

Amazon issued a statement, accused the White House of advancing the President’s “personal vendetta” against Amazon and its chief executive.

“The Administration wrongfully named Amazon’s stores in Canada, France, Germany, India and the UK to the US Trade Representative’s (USTR) annual Notorious Markets List, despite the fact that more than 99.9% of pages viewed worldwide by customers on Amazon have never had a report of counterfeit,” said the e-commerce giant.

“We strongly disagree with the characterization of Amazon in this USTR report. This purely political act is another example of the Administration’s notorious pattern of using the US government to advance a personal vendetta against Amazon,” the company stressed.

It’s, however, the first time a US business has been put on the notorious markets list.

“The Review of Notorious Markets for Counterfeiting and Piracy highlights 38 online markets and 34 physical markets that are reported to engage in or facilitate substantial trademark counterfeiting and copyright piracy,” said the Office of the US Trade Representative.

“This activity harms the American economy by undermining the innovation and intellectual property rights of US IP owners in foreign markets. An estimated 2.5 per cent, or nearly half a trillion dollars’ worth, of imports worldwide, are counterfeit and pirated products,” it added.

Amazon said it invested over $500 million last year and have more than 8,000 employees protecting its store from fraud and abuse.

The company said it is an active, engaged stakeholder in the fight against counterfeit.

“However, in the last year for which data was published, only 0.1 per cent of filed federal criminal cases in the US involved charges for trafficking in counterfeit goods, and 56 per cent of counterfeiters sentenced that year received no jail time,” said Amazon.

Trump Accepts Invitation, Will Meet Kim Jong Un by May