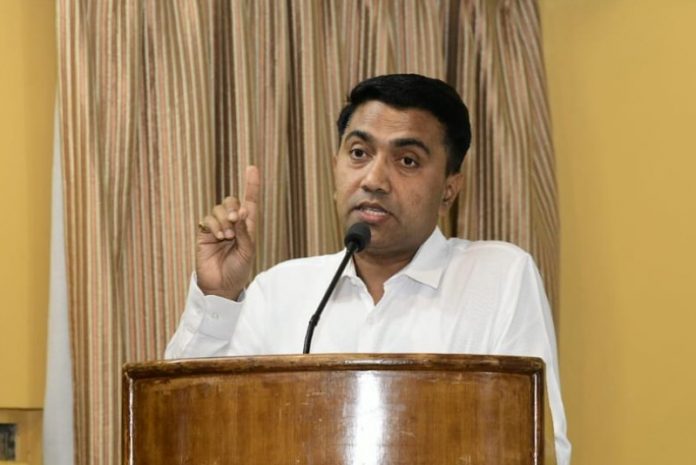 Goa will open its doors to tourists once the nationwide lockdown ends on May 17, provided central government guidelines permit, Chief Minister Pramod Sawant said on Saturday.

Sawant also said that the state would request the Centre for a bailout package for the tourism industry which he said was the worst-hit by the coronavirus crisis.

“Other states have demanded a special package. We will also want help from the central government,” Sawant said.

With mining in Goa already banned, tourism shut down on account of the coronavirus scare has hit the state’s economy really hard. Tourism accounts for nearly 30 per cent of the state’s Gross Domestic Product.

Goa’s popular beaches, as well as major tourism sites, wear a desolate look ever since the lockdown was imposed in March.

During the last tourism season from October to May, Goa attracted more than seven million tourists, including more than half a million foreigners.

Although Goa has been declared a green zone with not a single active coronavirus case, Goa’s borders continue to be closed to regular passenger traffic.

Commenting on the situation along Goa’s border with Belgavi district in Karnataka, which has seen a spurt in COVID-19 cases, Sawant said that strict vigil was on.

“Our border monitoring is very strict. Police, paramedical teams, gazetted officers are on duty 24×7. When anyone from the neighbouring states enters Goa, we test them on the spot. Only after they test negative do we allow them entry,” Sawant said.

According to border roads protocol, details of drivers of trucks carrying essential goods and their routes are uploaded on a specially designed app, which tracks their movement until they exit the state.

Ramdev Gives a Message of Unity, Equality in Initiation Fest