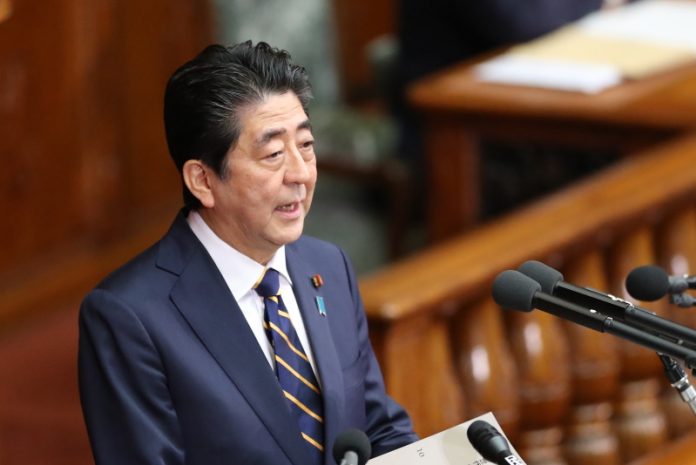 The Japanese government on Monday officially announced its decision to extend the nationwide state of emergency imposed due to the COVID-19 pandemic, by nearly a month until May 31.

Prime Minister Shinzo Abe, scheduled to hold a press conference in the evening, made the formal decision to extend the state of emergency beyond May 6, the last day of Japan’s Golden Week holiday, reports Xinhua news agency.

After an advisory panel of medical experts approved the extension in the morning, the government notified the parliament of the decision.

Economic Revitalization Minister Yasutoshi Nishimura told Parliament that the pace of the declining of newly confirmed cases is not fast enough, though the number of new infections has been on a downward trend.

“We need to see a further reduction in new cases,” Nishimura said.

The extension comes as the medical system has come under mounting pressure with increasing cases and sluggish economic activities due to stay-at-home requests and business closure.

Abe first declared a month-long state of emergency for Tokyo and six other prefectures on April 7, but this was expanded to cover the entire nation on April 16, in part to dissuade large numbers of people crossing prefectural lines during the five-day Golden Week holidays, which officially began on Saturday.

The state of emergency was originally scheduled to end on May 6, the last day of the Golden Week holidays.

On Friday, a panel of medical experts recommended that the Japanese government continue requesting the nation to continue to follow social restrictions to tackle the spread of the coronavirus and as such believed the state of emergency should be extended.

As of Monday, the number of coronavirus cases in Japan increased to 14,877, with 487 deaths.