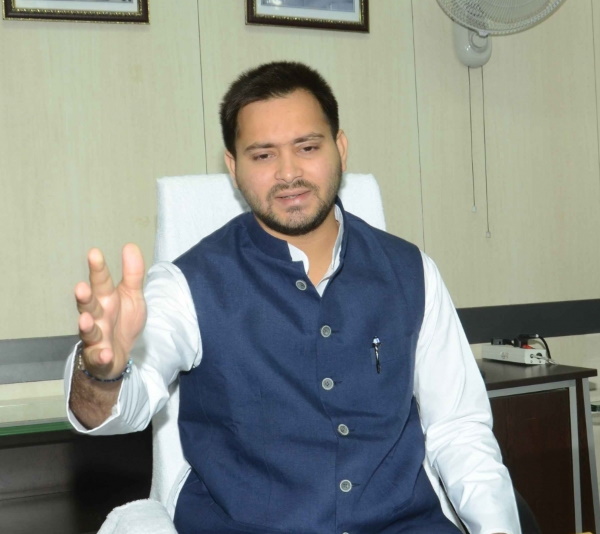 Rashtriya Janata Dal (RJD) leader Tejashwi Yadav on Monday announced to pay the fare of stranded migrants in 50 trains to bring them back. Earlier, he had offered to provide 2,000 buses to the government for the purpose.

Leader of Opposition in the Bihar Legislative Assembly Yadav said that he is willing to pay the fare of 50 trains to bring back Bihar labourers.

In a series of tweets in Hindi, Yadav targeted the ruling Nitish Kumar government.

“The 15-year-old double engine government is giving excuses for not bringing the migrant Bihari labourers… Only around 3,500 people are able to come through three trains in the 5-day duration… It gives excuses on the pretext of fares, resources and rules. The Nitish government’s intention is not to bring back the migrants.

“The Bihar government does not care about the lives of about 40 lakh Biharis i.e. about 2 crore people including their families… The government would spend a total of Rs 49,000 crore in the name of de-addiction (Rs 24,000 cr), water and greenery (Rs 24,000 cr) and advertisements (Rs 500 cr)… but would not spend only Rs 500 to save the lives of poor,” he said.