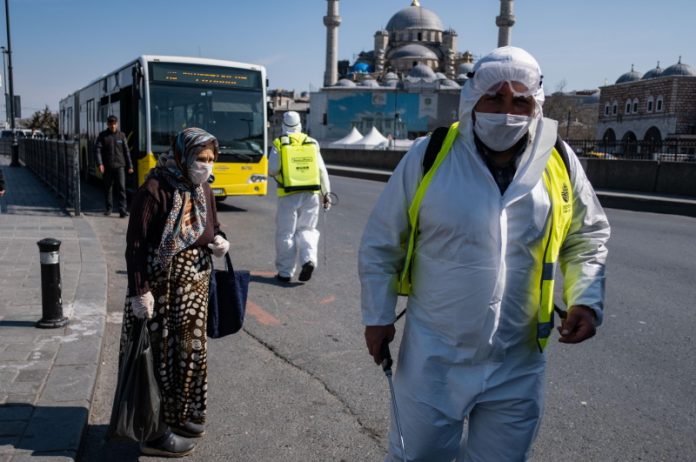 Turkish authorities imposed a lockdown in the country’s biggest city of Istanbul with a population of 16 million, in line with the government’s measures to curb the COVID-19 pandemic.

Taking advantage of the curfew, city workers carried out several asphalt paving works on some streets and highways, the Istanbul municipality said.

Numerous teams were in the field during the lockdown by following the social distancing rule and wearing facial masks, the statement added.

President Recep Tayyip Erdogan earlier said the government would continue to impose curfews on 31 provinces on weekends until the end of May.

Meanwhile, the Interior Ministry announced on Sunday that it extended the travel restrictions for 31 provinces until Monday midnight.

The government will decide whether to continue the limitation at a cabinet meeting, which will be chaired by the President on Tuesday, it added.

According to Turkish presidential spokesperson Ibrahim Kalin, the government would also consider easing the curfew for elderly people at the age of 65 and over.

Turkey, which took over Iran as the worst-hit country in the Middle East in terms of cases, has reported 126,045 COVID-19 infections, while the death toll stood at 3,397.

UK indicates it may “clarify” new Brexit offer to EU