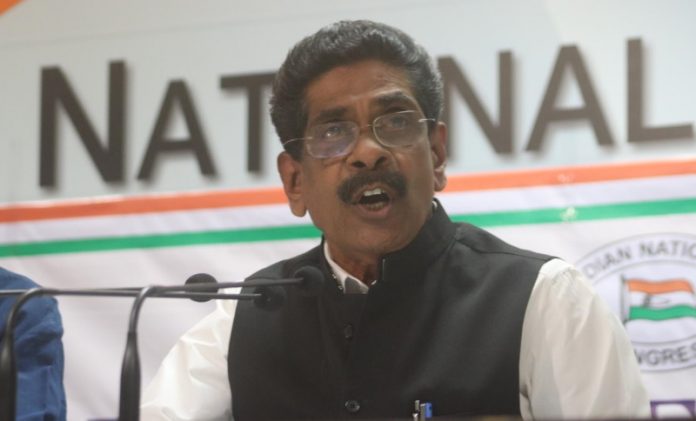 State Congress President Mullapally Ramachandran said: “On Monday, he was belittling us. But today, in five districts, our party office-bearers approached authorities with cheques for Rs 10 lakh each to buy train tickets for migrant labourers wishing to return to their native states, but the money was not accepted.”

“He is forgetting which chair he is sitting on. It’s unbecoming of a Chief Minister to show frequent outbursts. It would be better if he reins himself,” said Ramachandran.

“The state government has no role in this issue as it’s done by the Centre,” the Kerala Chief Minister said and added that he never ever said that the Congress has no money.

Hitting back at Ramachandran, he said: “I precisely know the importance of the chair I now occupy. That’s why I am not giving a tit–or tat reply on every issue,” Vijayan remarked.

Ramachandran was peeved after Vijayan dismissed Congress President Sonia Gandhi’s directive to the state party units to foot the travel bill (train tickets) of all migrant labourers returning to their home states as something which will never work.

In Kerala, there are over 3.80 lakh migrant labourers lodged in over 18,000 camps. Since Saturday, around 15,000 have left for their states in special trains.