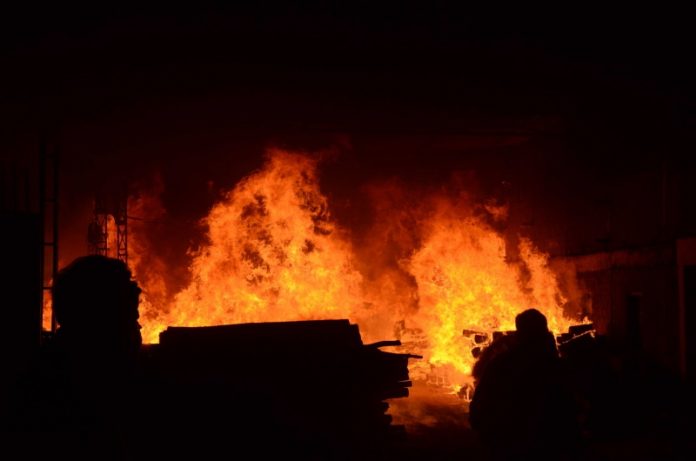 A major fire broke out at a scrap godown in the Tikri border area in the national capital on early Wednesday. No casualty has been reported so far.

The fire was reported around 2.50 a.m. A total of 30 Delhi Fire Service (DFS) vehicles was trying to douse the fire.

“The fire broke out at the godown in Tikri border area. At least 30 fire tenders are present at the spot. Fire-fighting operation is still underway. No casualty has been reported so far,” said DFS.

The cause of the fire was not known yet, but the DFS said it might be a short circuit incident that could have triggered the blaze.