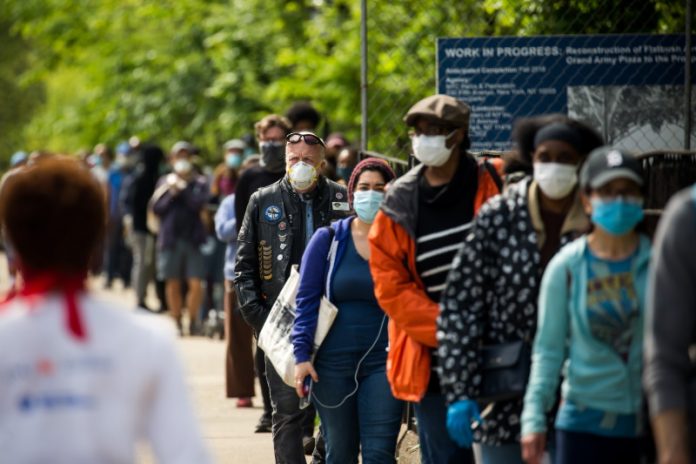 Private companies in the US have cut around 20.2 million jobs in April amid the COVID-19 pandemic, a payroll data company revealed.

“Job losses of this scale are unprecedented. The total number of job losses for the month of April alone was more than double the total jobs lost during the Great Recession,” Ahu Yildirmaz, co-head of the ADP Research Institute, said in a statement.

“Additionally, it is important to note that the report is based on the total number of payroll records for employees who were active on a company’s payroll through the 12th of the month,” he said, noting the report does not reflect the full impact of COVID-19 on overall employment.

Economists at the Federal Reserve Bank of Chicago said on Tuesday that the true unemployment rate could rise to between 25.1 per cent and 34.6 per cent in April, citing a new measure of labour market underutilization that is tailored to the COVID-19 crisis.

Federal Reserve Vice Chairman Richard Clarida also said on Tuesday that the unemployment rate could surge to the worst level since the 1940s as the economy is on track for a sharp contraction in the second quarter caused by the pandemic.

“We’re living through the most severe contraction in activity and surge in unemployment that we’ve seen in our lifetimes,” Clarida told CNBC.

The US currently accounts for the highest number of COVID-19 cases and deaths in the world.