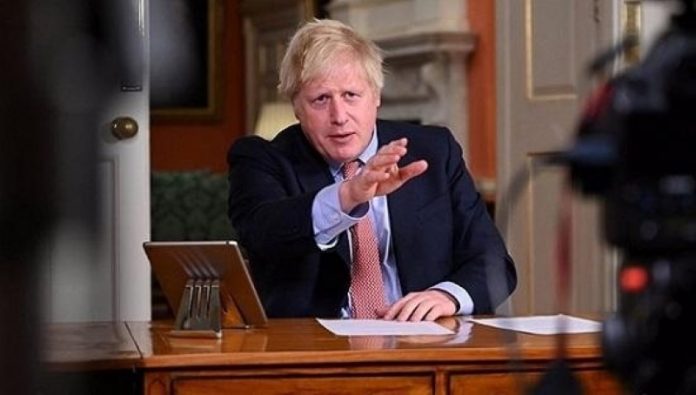 The Prime Minister also said people who could not work from home should return to the workplace – but avoid public transport.

He said on Sunday a new COVID Alert System with five levels would govern how quickly lockdown restrictions could be eased, the BBC reported.

He hoped the next step “at the earliest by June 1” would be for some primary pupils to return to school in England.

In an address to the nation, Johnson said this stage would also involve reopening shops – but he cautioned this would only happen if supported by science.

The next step could see some hospitality businesses and other public places reopen – “if the numbers support it” – but not earlier than 1 July.

He said these steps formed part of a “first sketch of a roadmap for reopening society”.

The PM added: “This is not the time simply to end the lockdown this week. Instead, we are taking the first careful steps to modify our measures.”

Johnson also confirmed that fines for the “small minority who break” lockdown rules will increase.

Further details about England’s lockdown are expected in guidance to be published on Monday.

A government official told the BBC the new guidance will say you can meet one person from outside your own household in a park if you stay two metres apart.

People will also be allowed to drive to parks and beaches in England as long as they observe social distancing while there, according to the official.

However, there will be no change in the advice for those who are shielding and have been asked to stay at home for at least 12 weeks.