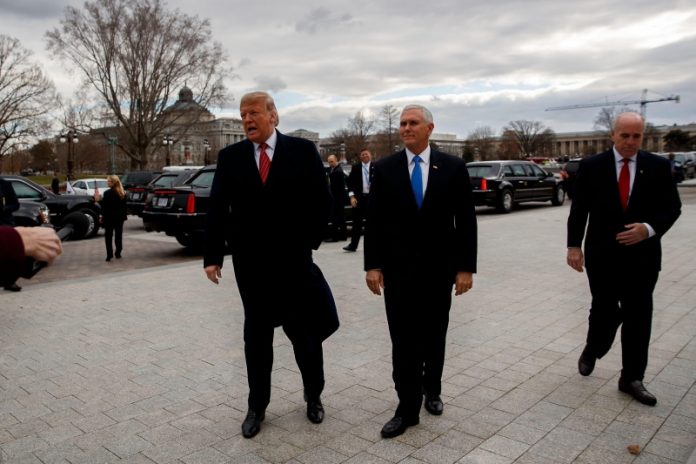 “The Vice President, first of all, has been tested and he’s negative and he was tested yesterday, tested today and he is negative,” Xinhua news agency quoted Trump as saying at a White House press conference on Monday.

“He’s in very good shape and I think that that’s going to be fine.”

Pence is in the White House and not in quarantine, though his press secretary, Katie Miller, tested positive for the coronavirus last week.

Besides Miller, a military member who served as one of Trump’s personal valets had also contracted the disease.

White House officials working in the West Wing were being asked to wear masks to help prevent the spread of the coronavirus, according to a memo distributed to staffers.

Trump, who was not wearing a face mask during Monday’s press conference, said that it was him who made the decision.

The President also announced that $11 billion will go to the states for “the sole support of testing”, as they are reopening or planning to reopen.

The US currently accounts for the world’s highest number of COVID-19 cases and deaths at 1,347,388 and 80,397, respectively, according to the Johns Hopkins University.