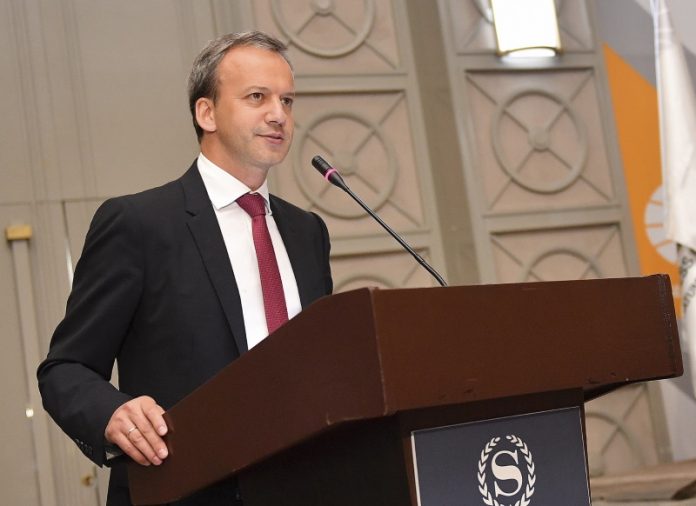 As the Candidates Tournament in Russia was suspended in late March, FIDE began to consider hosting another global tournament, reports Xinhua news agency.

“Online — this is the area where chess will be able to reach its full potential and to demonstrate that chess is intellectual and modern,” says Dvorkovich.

In early May, six teams including China, the United States, Europe participated in the online Nations Cup, which proved to be a big success.

“We are satisfied with the way the tournament went. There were a lot of spectators, especially in China. According to our data, the total audience of the tournament exceeded a few million people — these are big numbers.”

Based on the “extremely positive” reviews from the participants, there is a high possibility that the Nations Cup will be held as a tradition. And there will be more.

“Now everyone is waiting for FIDE individual tournaments. In just a few days, we are starting the blitz — FIDE Online Steinitz Memorial tournament, in honour of the first Chess World Champion,” says Dvorkovich. “The tournament will be held on Chess24.com from May 14. The 20 top players will compete in two sections. But the main sensation is the participation of Magnus Carlsen.”

“This year we plan to hold different formats of online tournaments. We will look at the effectiveness, evaluate the audience’s attention, and collect feedback from participants. The combination of these and other factors will determine which tournaments will become regular, which will be fixed in the online format or will eventually be transferred to offline.”

Furthermore, the online stage is not exclusive to elite players. “We will soon announce a series of cross-platform tournaments, that will be held on several gaming platforms at once, which will allow the maximum number of non-professional chess players to be involved.

By hosting tournaments for players of all levels, FIDE is introducing the chess world to more people. Fortunately, the internet era does more than just provide a platform for tournaments.

“One of the key projects of the nearest future will be the consolidation of a global database about all chess-related activities including as many users as possible, starting from the current baseline of 1 million FIDE registered users,” Dvorkovich said.

“All chess-related activities and services will be united under one umbrella of CHESS ID, a digital platform built on several modules with the aim to collect data about the chess activity from the various components of the chess world. As a result, the most relevant chess digital ecosystem will be created to increase the number of chess players, ensure better interactions, services and marketing opportunities for all partners.”

“So, FIDE will continue to actively coordinate and develop the chess movement around the world.”

EU Must Take Note of Human Rights Violations in Pak