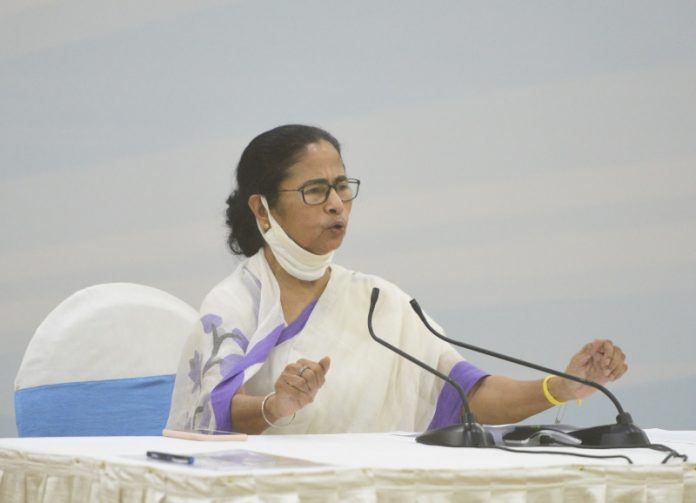 Terming the economic stimulus package announced by the Centre as “a big zero”, West Bengal Chief Minister Mamata Banerjee on Wednesday said it was nothing but an “eyewash” and full of “misleading information”.

“In the name of lockdown, the Centre is trying economically cripple all the state governments. The announcement made by the Union Finance Minister was full of misleading information. It is nothing but a big zero as the states have got nothing,” Banerjee told a press conference at the state secretariat Nabanna here.

She said that the economic activities and the lives of common people have virtually come to a standstill across India, but there was nothing in the stimulus package.

“Democracy has also come to a halt. The Centre is misleading us with false figures. The recession has already started. And the Central government has not mentioned anything about the special package for Covid-19 crisis, no funds for healthcare sector’s revival, job creation, market development, any waiver for the farmers and special grants to the MSME (micro, small and medium enterprises) sector,” she said.

Banerjee said that, meanwhile, her government has taken up a series of revolutionary steps for reviving the economic conditions of the rural folk. The decisions were taken to observe the 9th year of the Trinamool Congress’ government.

“We came to power and formed our government on May 13, 2011. Thus, we decided to take a few revolutionary steps across the state. This initiative will include measures of developing about 50,000 acres of land sprawling over six districts – Bankura, Purulia, Jhargram, Birbhum, West Midnapur and West Burdwan,” she said.

The state government will develop these huge acres of land which is not agriculturally fertile, the Chief Minister said, adding that activities such as animal rearing and fisheries will be carried out involving the self-help groups (SHG) to generate income for the local people.

“We don’t indulge in tall talk of being self-reliant. Rather we try to prove it. We have already readied at least 550 micro-plans, covering about 6,500 acres of land sprawled across these six districts,” she said, indirectly taking a jab at Prime Minister Narendra Modi’s address to the nation Tuesday night.

Banerjee also announced that her administration would carry out sentinel survey across Bengal to understand the nature of Covid-19 spread in various districts. “Four of our green zone districts have already turned orange. Our challenge is to make then green once again,” she added.