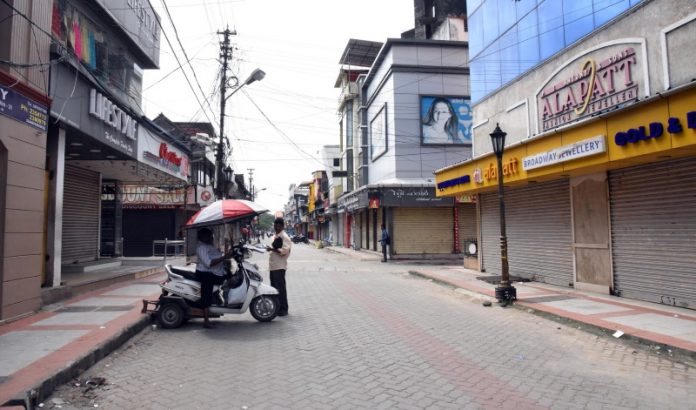 The much awaited opening of the toddy shops in Kerala on Wednesday turned out to be a damp squib due to non-availability of toddy.

Many who waited in the queue had to return without being able to get their favourite local drink, which has been not happening since the lockdown came into effect.

There are close to 3,590 toddy shops in the state, and in Thiruvananthapuram, Kollam and Kannur, shops did not open as there was no liquor to be served.

On Wednesday, those shops which opened had to close it down soon after their stock of toddy arrived and was sold in a flash as in most shops the availability was only around 20 litres.

As per the new rule, not more than five persons will be allowed at a time in a shop and the timings also have been restricted from 9 a.m. to 7 p.m.

Besides that, no toddy or food will be served in the shops and each person will be given only 1.5 litres as a parcel.

The Ernakulam district has 550 toddy shops of which just 50 shops opened.

“We were waiting in the queue and in an hour it was closed as by then the toddy got over. We were told that maybe during the course of the day, the stock might arrive from Palakkad,” said a tippler expressing his displeasure.

“We just got 50 litres and it was over in a flash,” said a supplier at a toddy shop in Kochi.

At Palakkad, the police had a tough time to control the crowd and in a shop, the police turned chased away those who came to the shop without wearing a mask.

The guideline is in all shops is that the staff and those in the queue have to wear masks and have to maintain the social distancing norms.

At Kozhikode also, the scene was no different, those who opened had to down shutters quickly.

Incidentally, the Excise department officials across the state are keeping a tight vigil in all these shops to see that there is no foul play in the distribution of toddy.

“We are keeping a close watch in all the shops as the availability of toddy is less. It will take a few days for the regular supply to take place,” said an excise official.

Moreover in certain ranges, the auction of toddy shops is also not over, as generally, such auctions take place towards the end of March or in early April, but with the nationwide lockdown, the procedures were not completed. Palakkad is home to toddy while tapping in other districts is less and hence it will not be a few weeks when the normal operations of the toddy shops begin.

Post-lockdown, everyday there used to be around 130 loads of toddy that used to be distributed across the state, but on Wednesday just around seven loads could be transported.

It was early this month, that the Pinarayi Vijayan government gave the nod to give sanction for toddy tappers to commence their work and it allowed the shops to open from Wednesday.

In Kerala, the toddy is available in two varieties, one from the coconut trees and the other from the palm trees.

Toddy tapped from the coconut bunches is collected in a mud pot. Due to the sedimentation in the pot, the juice which is similar to the colour of milk gets collected and fermented in four hours time gets. It has an alcohol content of five to eight per cent. About 1.5 litres toddy is collected both in the morning and evening from one bunch. This is available in toddy shops at a price ranging around Rs 70 for a 750 ml bottle.

For the farmer, for each bunch of toddy tapped on a coconut tree, he gets an income of around Rs 400 to Rs 500 over a 45-day period.

In the case of the toddy tapped from the palm trees, which too is collected in the mud pots, in a day the total production is around 40 litres from one bunch.

According to the official figures, there are around 20,000 toddy tappers in the state besides around 8,000 people working in the toddy shops.