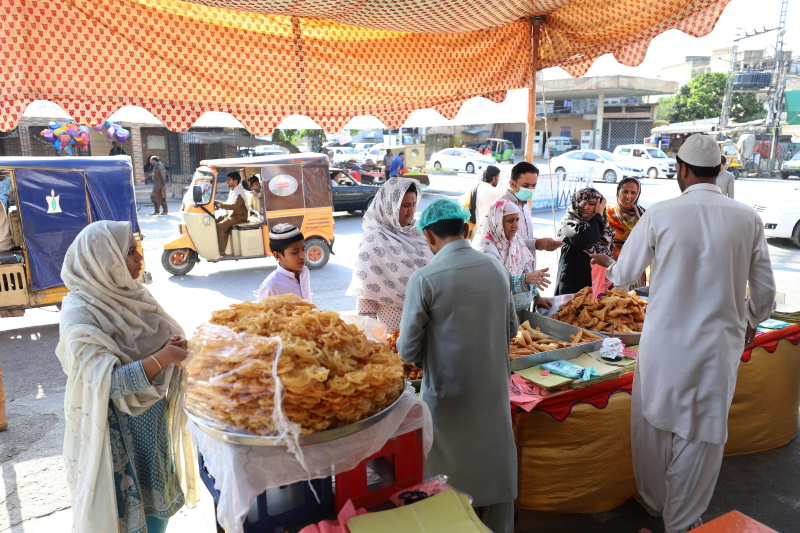 Several markets in Karachi and Rawalpindi were sealed for violating the standard operating procedures (SOPs) issued by the government to curb COVID-19 spread after easing the coronavirus-induced lockdown and allowing the business to reopen, it was reported.

The move on Wednesday came a day after both the federal and Sindh governments expressed their frustration over thousands flocking to shopping centres in the two cities and flouting social distancing and other guidelines to prevent the spread of the pandemic, reports The Express Tribune.

In Karachi, the authorities sealed major markets in Saddar and other downtown areas as shopkeepers were neither wearing masks nor using a hand sanitiser.

They had allowed their shops to become crowded in violation of the rules.

Besides, the markets were packed with thousands of shoppers who were not following the guidelines either.

The markets were sealed on the orders of Karachi Commissioner Iftikhar Shallwani.

“These shops have been sealed as they were violating the SOPs despite warnings,” The Express Tribune quoted the Commissioner as saying in a statement.

In Rawalpindi, the district administration sealed 11 shopping centres in the last 24 hours.

Assistant Commissioner Quetta Nida Kazmi sealed several shops in the city and over two dozen shopkeepers were rounded up for flouting the measures put in place.