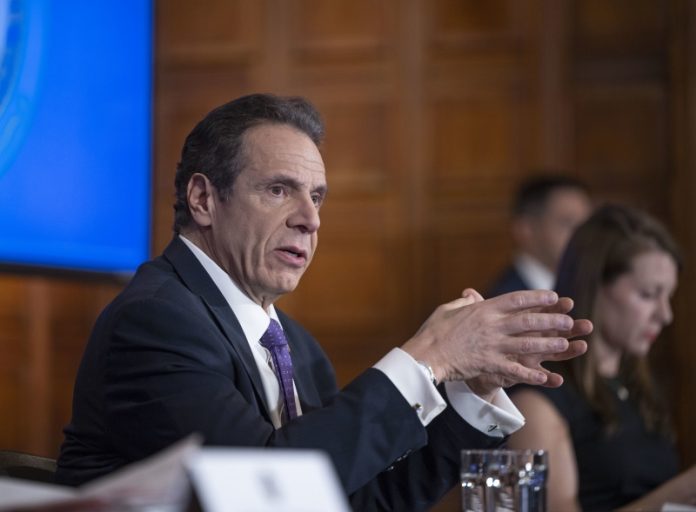 A five-year-old in New York City, a seven-year-old in Westchester County and a teenager in Suffolk County have died of the syndrome, which displays various symptoms including persistent fever, severe abdominal pain, bloodshot eyes and skin rash, Cuomo was quoted as saying on Wednesday by Xinhua news agency.

Seventy-one per cent of the cases have resulted in ICU admission, 19 per cent in intubation and 43 per cent remain hospitalized, according to Cuomo.

He said the state’s Department of Health will host a webinar on Thursday to discuss with health providers statewide on the symptoms, testing and care of the reported cases.

“We must stay alert with this virus because we’re still learning, and what we thought we knew doesn’t always turn out to be true,” said Cuomo, referring to the prior assumption that children were largely not affected by the coronavirus.

“New York State has been aggressively investigating these new cases and is leading the efforts on this nationwide, and the more we know, the more we’ll communicate,” he added.

The state’s health department is working with the Centers for Disease Control and Prevention to develop national criteria to help health experts in other 49 states to identify and respond to the disease.

Eighty-two of the 102 cases are in New York City.

Out of the 82 cases, 53 have either tested positive for COVID-19 or had COVID-19 antibodies, said Mayor Bill de Blasio at his briefing on Wednesday.

“Our health care professionals are learning about this syndrome as quickly as they can, and there are still unanswered questions. There are things we don’t know — we don’t know what makes kids specifically susceptible, why some kids and not others,” said the mayor.

A digital advertising campaign was launched in the city on Wednesday to educate parents about the disease at bus stops, on radio and TV, he said.

“You’re going to see these all over New York City, we need everyone to spread the word,” he said, urging parents and professionals who work with children to look out for symptoms of the disease.

“Whatever it takes, we’re going to protect the children of New York City,” he added.