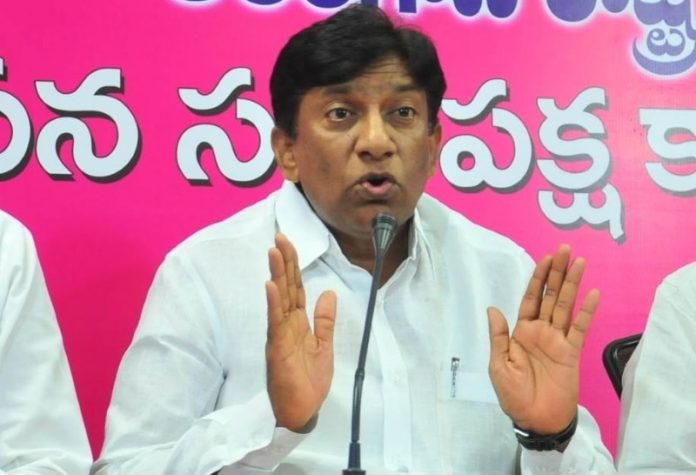 Telangana has termed as “disappointing” the Covid-19 relief measures announced by the Centre on Thursday as part of its Rs 20 lakh crore package.

In its first reaction since Prime Minister Narendra Modi’s announcement of the package, the state government said the day two announcements of Finance Minister Nirmala Sitharaman have nothing for Telangana.

B. Vinod Kumar, Vice Chairman, Telangana State Planning Board, said that it is not ethically correct to include credit-linked schemes in the package.

“Today’s relief measures are mostly disappointing as most of them are credit-linked by banks who are busy with their own problems after COVID lockdown situation. Bankers would be fully now preoccupied with their year-end audit and finalisation of their accounts for the financial year 2019-20 till June 30,” he said in a statement.

Regarding migrant labour, he said most of them have already headed back to their home and one is not sure when they would return to their workplaces. “Even MNREGA support scheme for migrant workers can only be theoretically implemented only in northern and eastern States, but not in southern and western states. Therefore, today’s measures are neither sympathetic nor empathetic to distressed migrant labour and farmers and they are like playing to the gallery to getA some publicity.”

Vinod Kumar termed as “old wine in a new bottle” the Rs 30,000 crore additional emergency working capital funding for farmers through NABARD. “This is about refinancing RRBs and State Cooperative Banks who in turn will finance farmers. In Telangana, Rabi (Yasangi) is almost over and farmers are selling their products and Kharif (Vanakalam) cropping is still too distant depending upon the monsoon arrival. This measure is not at all useful to farmers in the next two months,” he said.

On Rs 2 lakh crore concessional credit boost to 2.5 crore farmers through Kisan Credit Cards, he said that these schemes are ongoing and nothing specific to COVID crisis. The figures of beneficiary farmers and the gross amount of credit are only estimates and are not based on ground level realities, he added.

With regard to Rs 70,000 crore boost to the housing sector and middle income group through the extension of CLSS, he pointed out that this is the existing scheme being extended to till March 2021 and cannot be called as a relief measure. “When the migrant labour had gone back to their places, how these targets will be met before March 2021 is anybody’s guess.”

On Rs. 6000 crore employment push through CAMPA funds, he said that these funds are to be released to state governments for the works undertaken by state governments. These are existing schemes not related to COVID 19 crisis.

On the Rs 5,000 crore special credit facility announced for street vendors, Vinod Kumar said this is again credit linked scheme. “Given the workload of bankers, it is difficult to assume that this scheme would be implemented by bankers. It will remain on paper.”