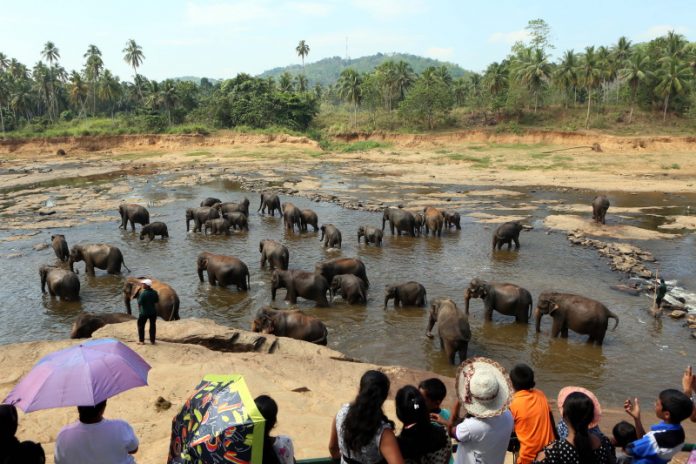 Poachers in Sri Lanka may have killed an estimated 600 wild birds and animals each day since the government imposed an islandwide curfew in March to stem the COVID-19 pandemic, according to environmentalists.

The nationwide lockdown has triggered food crisis and unemployment, with the environmentalists warning that wildlife poaching may have spiked in rural parts of the island nation.

“Over 600 wild animals are killed by poachers daily after the curfew was imposed,” Environmentalist Nayanaka Ranwella told Efe news on Thursday, adding that 50-100 poachers have entered national parks each day since the lockdown.

Though the number of animals or birds killed could not be confirmed officially, data from the country’s Department of Wildlife Conservation (DWC) shows that around 40 people have been arrested by between April 1 and May 1, most of them for poaching.

The figure was higher as compared to previous months.

Poachers have also been taking advantage of the sudden drop in the number of tourists as the global pandemic has brought the industry, among the top three foreign exchange generators for the country, to a standstill.

Wildlife department spokesperson Hasini Sarachchandra said poachers have been moving relatively freely in the national parks and sanctuaries in the absence of tourists.

“For example, 300-350 vehicles would enter the Yala National Park daily. Now that has stopped and poachers are not afraid to enter the park,” Sarachchandra said.

However, she said that the increased number of raids could also be a reason behind the spike in the number of reported wildlife crimes.

Hemantha Withanage, an environmental scientist and founder of the Centre for Environmental Justice, told Efe news: “People don’t have jobs since the curfew was imposed. Also, they have a lot of free time on their hands. Therefore, poaching, illegal mining and land grabbing have increased.”

Withanage added that spotted deer and porcupines were the most poached animals.

The ecologically sensitive Sri Lanka has an elephant population of 5,000-6,000.

But 400 of them are reported dead annually because of human-elephant conflicts that also claims the lives of 80-90 people each year.

The government imposed the curfew in Colombo in late March as part of a nationwide lockdown and later extended it several times amid the rising number of COVID-19 cases.

The island has so far registered over 900 cases of the disease, with nine deaths.

Finally, the authorities, on May 11, eased some restrictions and allowed offices to function with a reduced number of employees.

The government also allowed public transport to run with a restricted number of passengers.