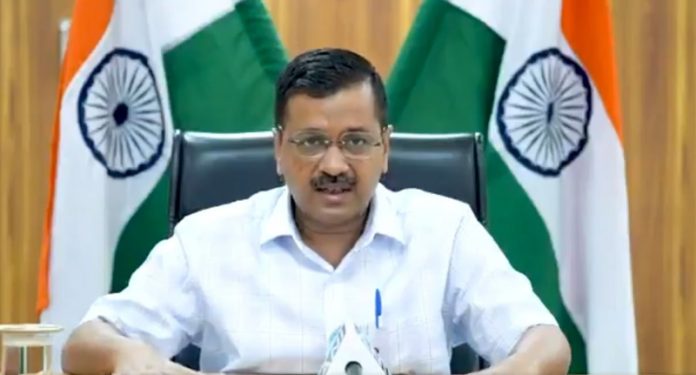 Hailing the Centre’s guidelines for lockdown 4.0 starting Monday, Delhi Chief Minister Arvind Kejriwal on Sunday dropped hints for a number of relaxations to boost the economy.

Kejriwal said the guidelines of the central government for extending the lockdown were largely in line with the proposal sent by him and added the city government will prepare a detailed plan and will announce it on Monday.

The Ministry of Home Affairs directed the states to decide the zones — Red, Green and Orange — taking into consideration the parameters shared by the Health Ministry. It says the “zones can be a district, or a municipal corporation/municipality or even smaller administrative units such as sub-divisions, etc, as decided by states and UTs.”

While there are different relaxations for different zones, certain countrywide restrictions have been put across irrespective of the zones. Kejriwal has demanded opening up of public transport in Delhi, including Delhi Metro. While the Metro is not allowed, the demand for removing night curfew between 7 p.m. and 7 a.m. was also not considered by the Centre.

However, on the demands of opening up markets and shops, the Centre said the local authorities should ensure that shops and markets open with staggered timings, so as to ensure social distancing. “All shops shall also have to ensure six feet distance (ï¿½2 gaz ki doori’) among customers and also not allow more than 5 persons at one time.”

The Centre also allowed the states and UTs, based on their assessment of the situation, to prohibit certain other activities in the various zones, or impose such restrictions as deemed necessary.

In a series of tweets, Kejriwal said it is now time to relax the restrictions to some extent.

“Centre’s guidelines are largely in line with the proposal sent by the Delhi government based on suggestions of lakhs of Delhiites. We have used the lockdown period to prepare our healthcare system if corona cases increase, but it is now time to relax the restrictions to some extent.”

As the Ministry of Home Affairs (MHA) extended the coronavirus lockdown till May 31, the Delhi government also said that the guidelines are in the right direction of opening up the economy and more decision making power has been given to the states. The government also said that a rise in numbers is expected when the economy reopens, it also claimed that Delhi is prepared to deal with it.

“Broadly, the Centre’s guidelines are in the right direction of opening up the economy and leaving it to states to work out the details. We have always been saying that we all will now have to learn to live with corona,” an official statement said.

It also said that in the last two months of the lockdown period, Delhi has prepared itself for dealing with coronavirus by improving necessary logistics and health infrastructure.”We do expect a slight increase in cases when the economy reopens and Delhi is prepared to deal with it.”

In the last edition of the lockdown ending on Sunday midnight, all the 11 districts of the national capital were marked as red zones with the city government demanding the Centre to not consider the zones district-wise. So far, there have been 9,755 COVID cases in Delhi with 148 deaths.

The Delhi government has been pushing for opening up economic activities in the city, saying due to the lockdown, the national capital has reported a revenue loss of about Rs 3,200 crore in April as compared to the previous year.