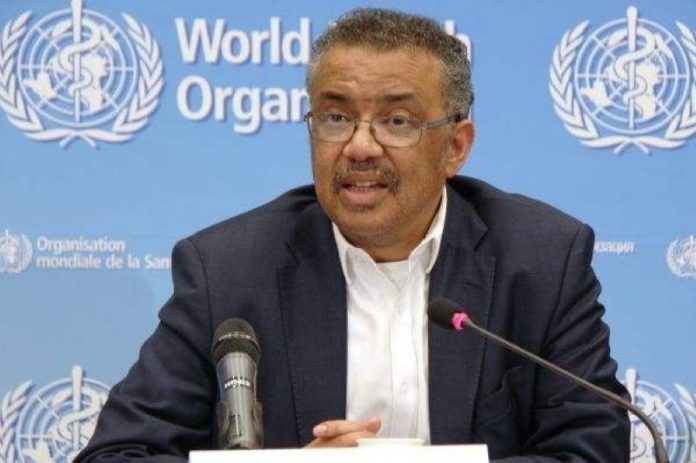 The majority of the world’s population remains susceptible to COVID-19 and there is a long road to travel as the risk remains high, the chief of the World Health Organization (WHO) said.

“This is a dangerous enemy, with a dangerous combination of features: this virus is efficient, fast, and fatal,” WHO Director-General Tedros Adhanom Ghebreyesus said at the opening of the 73rd World Health Assembly on Monday, Xinhua news agency reported.

Even in the worst-affected regions, the proportion of the population with the tell-tale antibodies is no more than 20 per cent, and in most places, less than 10 per cent, Tedros said.

“In other words: the majority of the world’s population remains susceptible to this virus,” he said. “The risk remains high and we have a long road to travel.”

There have been over 4.5 million confirmed cases of COVID-19 reported to the WHO, with more than 300,000 people having lost their lives.

Its health impacts extend far beyond the sickness and death caused by the virus itself, said Tedros, adding that it is also more than a health crisis, as the global economy is headed for its sharpest contraction since the Great Depression.

“All countries have faced challenges in coming to grips with this virus, rich and poor, large and small,” he said.

Tedros said the WHO had sounded the alarm early, noting that when the Geneva-based organization declared a global health emergency on January 30, there were less than 100 cases and no deaths outside China.

“We all have lessons to learn from the pandemic,” he said. “Every country and every organization must examine its response and learn from its experience.”

Tedros said he will initiate an independent evaluation at the earliest appropriate moment to review experience gained and lessons learned and to make recommendations to improve national and global pandemic preparedness and response.

He urged member states to strengthen the WHO.

“The world doesn’t need another plan, another system, another mechanism, another committee or another organization,” he said. “It needs to strengthen, implement and finance the systems and organisations it has — including WHO.”

Citing the example of nations coming together under the banner of the WHO 40 years ago to rid the world of smallpox, Tedros proclaimed that “when solidarity triumphs over ideology, anything is possible,” as COVID-19 has tested, strengthened and strained the bonds of fellowship between nations.

The 73rd World Health Assembly kicked off on Monday for an unprecedented two-day online discussion focusing on future response to the COVID-19 pandemic.