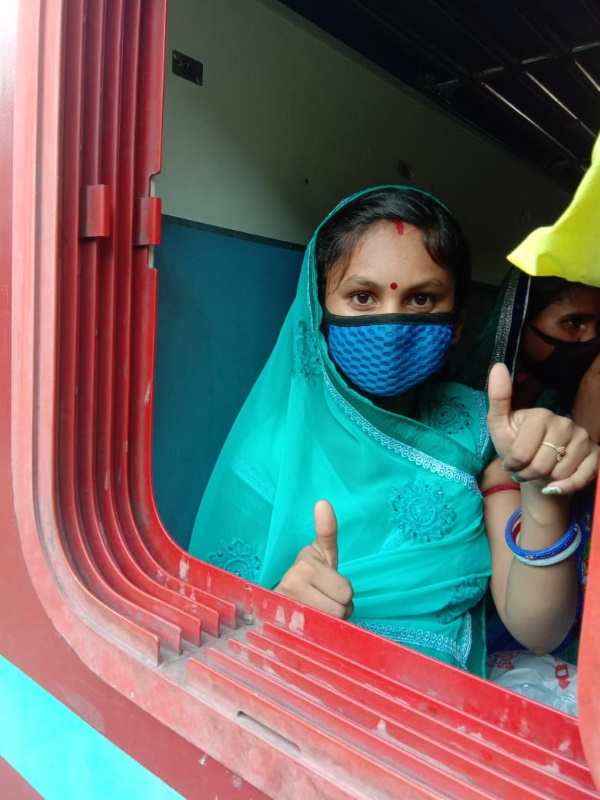 The South Western Railway (SWR) zone has ferried 4,853 migrants in three Shramik special trains to their native place in Jharkhand and Bihar from Karnataka, an official said on Tuesday.

The second special train departed from Hosur in Tamil Nadu at 5.55 p.m. to Muzaffarpur in Bihar with 1,504 passengers.

According to SWR, Hosur Corporation commissioner was one of the providers of victuals for migrants in the second train.

Each passenger was provided with five chapatis (Indian bread), one packet lemon rice, one packet tamarind rice and two litres of water.

Similarly, Hosur Corona taskforce management has supplied five chapatis with an accompaniment of tomato chutney and one bread packet each to the passengers.

Hosur Muslim Jamaat has also sponsored tamarid rice with pickle, half litre milk, one biscuit packet, one bread, two bananas, one sweet lime and a half litre water bottle to each passenger.

“We are tying up with various NGOs to provide wholesome and sufficient quantity of food and water to every passenger,” said the official.

The railway zone is also gifting Channapatana toys to children and slippers to bare footed children.

The third and last special train for Tuesday departed from KSR Bengaluru to Dhanbad in Jharkhand with 1,749 passengers at 8.20 p.m.

This was the railway zone’s 165th migrant special train.

The special trains are being run following the Ministry of Home Affairs’ permission for the movement of stranded migrant labourers, workers, students, tourists and others.