The man with a missionary zeal who helped over 15,000 people smile, by doing cleft surgery has passed away, said a hospital official.

Ninety-year-old Hirji S. Adenwalla, a Parsi, was the director at the Charles Pinto Cleft Centre at Thrissur’s Jubilee Mission Hospital.

He has been working with the hospital at Thrissur — the cultural capital of the state since 1958 and passed away at his daughter’s home at Kovai on Wednesday morning.

Speaking to IANS, a senior Catholic priest and also director of the hospital Francis Pallikunnath said that he is presently on the road to Kovai to attend the last rites of this great human being, a saint, I would say by his humane behaviour.

“I hope to reach in time for the funeral and after I attend it, I will return and since am returning from interstate travel, will have to go for two-week isolation,” said the priest.

“The great human being accidentally reached our hospital in 1958. After finishing his medicine he wanted to do missionary work. After his marriage, he desired to go along with his wife to do social service in Africa. But his parents was not keen for his travel to Africa and that’s how he reached our small hospital, then,” said Pallikunnath.

“Starting in 1958, he later got his FRCS degree and the last cleft surgery that he performed was in December 2019. Since 2013, he used to work for two weeks a month and returned to his daughter’s house at Kovai. He was last here doing his job in February and after that, he had not come,” said Pallikunath.

“Anyone who has met him once will never forget him as he is such a totally down to earth person and never had any airs,” recalled the Catholic priest.

He is a recipient of the Joseph G. McCarthy Award for Cleft Surgery, often regarded as the ‘Nobel’ in cleft surgery. 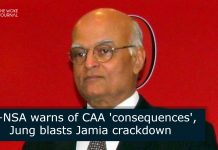 Suresh Gopi to Contest from Thrissur Seat in Kerala