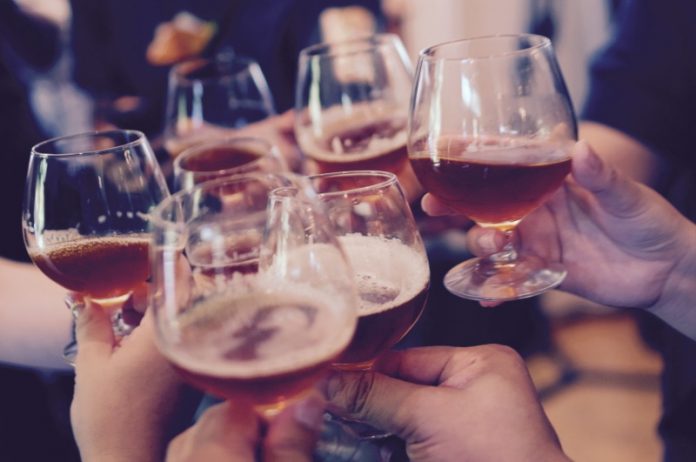 It was a wait that many tipplers would like to forget as after 64 days, a few lucky ones who were able to download the new ‘Bev Q’ app and came with a QR code got their favourite brand.

Contrary to expectations that there would be a big rush before the liquor vends, at no place was there a crowd.

The police also was in large numbers in front of the vends and in most places barricades were set up.

So far there have been no reports of any tiff between the authorities and those who came to buy liquor.

On average, a shop can serve around 400 customers on a day and the maximum quantity one token can avail is three litres.

But there were many who arrived at their favourite outlet, like what they used to do till these closed down as part of the Covid-19 lockdown norms, more than two months back.

“I just tried to book using the app. I could do it in a few minutes and got the time for now. I just wanted to see if it would work and it worked and I have got a bottle,” said a young man, who was one of the first to get a bottle in the state capital district.

But not all were lucky.

“I have been waiting in front of this shop from where I normally source my stuff. But things are not that rosy, as they say, I have to book through my mobile phone for a token. How can I do that, as I don’t have a mobile. I have the required money for my brand. I will wait and see what happens, maybe seeing my plight, the staff will give me one bottle,” said a 75-year-old man waiting in front of a liquor vend in the state capital.

It was on Wednesday evening that State Excise Minister T.P. Ramakrishnan announced that the supply via a virtual queue through the ‘Bev Q’ app is ready.

But since then the social media was full of trolls on its efficiency, as many had issues, while some were able to download it and got their token.

And a few comments also have come that the efficiency of this app is not up to the mark.

All those who book their liquor on their mobile phone will get a token and get their orders fulfilled from 1,168 liquor vends in the state from 9 a.m to 5 p.m everyday.

A person who has booked once from one mobile number can make his next booking from the same mobile-only five days later.

Meanwhile, at some shops, they had issues in downloading the shop’s app and at such places, it was decided to give the supplies to all who came with their token.

But at a few places, shops are yet to begin their sales, following technical issues.

“I am a daily labourer, though I have a mobile, I do not know how to take a token using the mobile as I don’t know to read or write. I will wait a little more and if nothing happens, I will go back,” said a person who came to a shop in Kottayam district.

Liquor vends include 301 retail liquor shops belonging to the state-run Bevco and Marketfed besides 576 bars and 291 wine and beer shops.

No vends will be opened in containment zones.

Sale of liquor and beer is one of the biggest revenue earners in Kerala. In the last fiscal, the southern state garnered Rs 14,504.67 crore on this count.

An earlier study conducted in Kerala revealed that around 32.9 lakh people – 29.8 lakh men and 3.1 lakh women – out of the state’s 3.34 crore population consume liquor. Around five lakh people consume liquor daily. Of these, 83,851 people, including 1,043 women, are addicted to alcohol.

Nikhil Advani’s Batla House will be released on August 15

‘Report on Maratha Reservation Will be Submitted Soon’