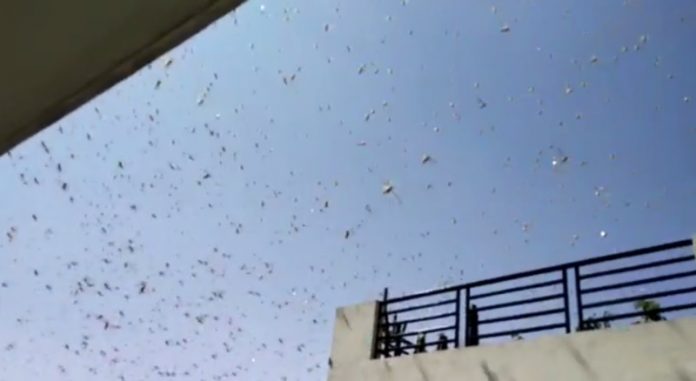 To deal with the attack of locusts in the national capital, the Delhi government has issued an advisory for spraying pesticides, Cabinet Minister Gopal Rai said on Thursday.

Rai said in view of the increasing threat of locusts in north India, the Agriculture Department of the Delhi government will run awareness programmes to make the people and farmers of Delhi aware of this new threat.

“Also, the Delhi Government has issued an advisory on spraying pesticides and its quantity,” Rai tweeted.

The circular was issued in order to prevent a probable attack in Delhi by a swarm of locusts, which are reportedly present in the states of Uttar Pradesh, Madhya Pradesh and Rajasthan.

“All concerned authorities are hereby advised to take preventive measures to control and eradicate the locusts to avoid devastating effect on standing agricultural and horticultural crops, vegetation, plants, gardens, orchard etc. in Delhi,” the circular said.

It directed that awareness programmes be organised for the public and farmers to prevent and control any such invasion by locusts in Delhi.

“As the swarm usually fly in day time, and rest during night time therefore the locusts should not be allowed to rest especially during night,” it said.

The circular added that the authorities may carry out spraying of insecticides or pesticides during the night.