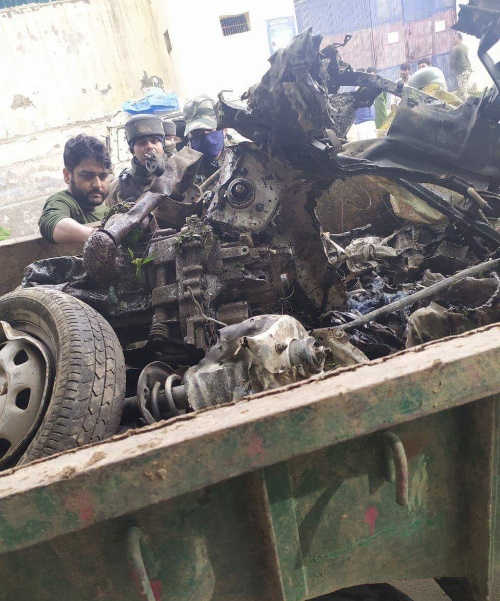 A major terror plot was foiled in Jammu and Kashmir after the security forces found an explosives-laden car in South Kashmir’s Pulwama district. The car was said to be placed at a strategic location to target a security forces’ convoy or a defence installation.

The Jammu and Kashmir Police tweeted: “A major incident of a vehicle-borne IED blast is averted by the timely input and action by Pulwama Police, CRPF and the Army.”

As per reports, late on Wednesday night, a car was intercepted by the security forces from Rajpora in South Kashmir’s Pulwama district. The police had a specific input about a car, which was tracked to Shaadipura, (Rajpura road) in Pulwama.

However, the driver, who is said to be a Hizbul Mujahideen militant, managed to escape under the cover of darkness after initial firefight.

The investigation so far has revealed that the white colour car had a registration of a two-wheeler, which was registered in the name of a resident from Jammu’s Kathua district.

In February 2019, 40 CRPF soldiers were killed when an IED-laden car driven by Adil Ahmed Dar, a Jaish-e-Mohammad terrorist, exploded. Later in April last year, a similar failed attempt was made in Banihal in which Hizbul terror module was said to be involved. Both cases of terror conspiracy are being investigated by the National Investigation Agency (NIA).

Sena, BJP have to choose their path, says Pawar