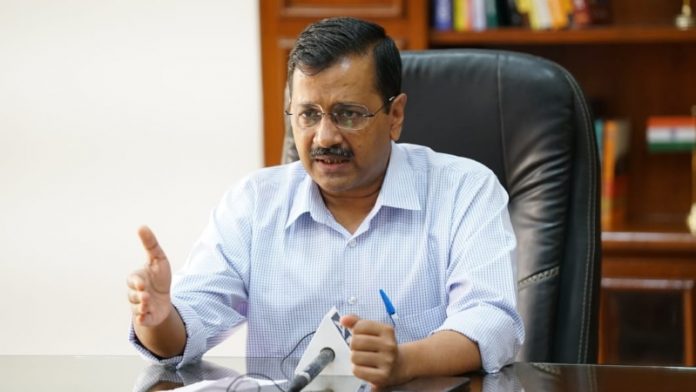 Delhi Chief Minister Arvind Kejriwal announced on Monday that the borders of the national capital will be sealed for a week given the rising number of coronavirus cases, adding that further decision on the same will be based on the suggestions received from the public.

To decide on whether borders should be opened, Kejriwal has sought suggestions from people through WhatsApp or email till 5 p.m. on Friday, saying that he also needed suggestions and guidance on whether Delhi government hospitals should be reserved for the residents of Delhi.

Addressing the media, Kejriwal said that until now, his government could do so much work in Delhi because of the support of the people and their trust, saying the guidance of the people helped him implement many important decisions in the city.

For the time being, he said, the Delhi government is sealing the borders for one week.

“Essential services will remain functional and government officials can travel showing their identity cards. Based on the suggestions received from you, we will talk to the experts and decide on our future course of action on the opening of borders,” Kejriwal said.

“Covid-19 positive cases are rising in Delhi, which is a matter of worry but there is no need to panic. I say this because the AAP government has invested a lot in developing the healthcare infrastructure of Delhi in the last five years,” the Chief Minister said.

Kejriwal said there has been holistic development of the health infrastructure in Delhi and assured that when the world is fighting to strengthen its healthcare systems against the Covid-19 pandemic, the Delhi government is ready to provide adequate health facilities and “a bed if you are ever infected by coronavirus”.

Kejriwal said that the decision to open Delhi borders can be a challenging one because of the large influx of people from across the country for medical treatment.

“As soon as we open the borders, people from across the country will come to Delhi for better treatment. We have a capacity of 9,500 beds for coronavirus treatment in Delhi hospitals as against 2,300 patients today, but all the beds will be occupied in just 2-3 days if we have an influx of patients from across the country. What should we do? Should Delhi borders be opened,” he asked.

Kejriwal said some people believe that the borders should be opened, but medical treatment in the hospitals should only be provided to the residents of Delhi.

“But how can we do that? Delhi is the national capital and it belongs to all. How can Delhi deny treatment to all these people now? Some people believe that this practice should be adopted only for the coronavirus pandemic. We have various suggestions and we need your guidance on what should be done,” he added.

Kejriwal asked people to send their suggestions through WhatsApp (8800007722), email (delhicm.suggestions@gmail.com) or call (1031).

Delhi shares its border with Uttar Pradesh and Haryana. While Delhi has so far allowed people from its satellite cities — Gurugram, Sonepat, Faridabad (in Haryana) and Noida, Greater Noida and Ghaziabad (in Uttar Pradesh), the neighbouring states have blocked the movement.

However, from Monday, the Haryana government opened its inter-state borders with Delhi.

The Gautam Buddh Nagar and Ghaziabad authorities, on the other hand, said that their borders with Delhi will remain sealed and only those from essential services or having valid passes can pass through the borders.