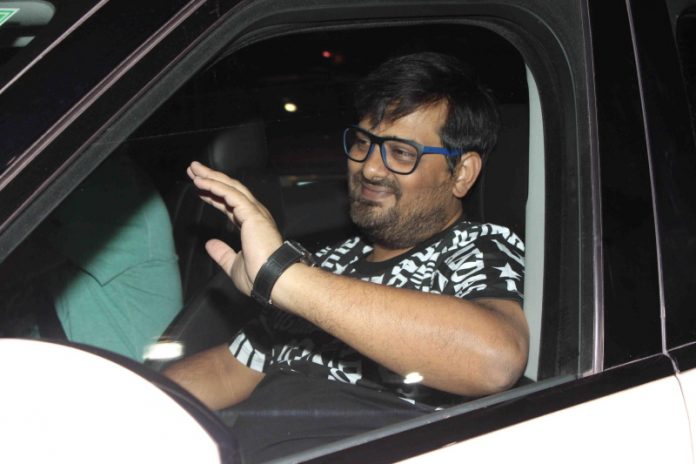 Bollywood composer-singer Wajid Khan of the popular sibling composer duo- Sajid Wajid is no more. He passed away in the early hours on Monday.

The cause of death has not yet been confirmed, though unconfirmed reports have stated the artiste was suffering from COVID-19. A report in filmibeat.com, on the other hand, stated Wajid had been suffering from a kidney problem over the past few years and had reportedly been on the ventilator after being hospitalised recently.

Sajid-Wajid recently composed songs for Bollywood superstar Salman Khan during the ongoing lockdown, one of which was a number titled “Pyaar karona”, a pop anthem encouraging all to fight the coronavirus. The song released in April was sung by Salman and also featured the actor in the video.

Sajid-Wajid frequently collaborated as composers for Salman Khan. In fact, they made their debut in the 1998 Salman superhit, “Pyaar Kiya To Darna Kya”, scoring one song in that film, “Teri jawani badi mast mast hai”.

The duo shot to fame with the Salman Khan blockbuster “Dabangg” in 2010, and there has been no looking back. Among numerous hits they composed were “Tere mast mast do nain” and “Hud hud Dabangg” (“Dabangg”), “Do you wanna partner” and “Soni de nakhre” (“Partner”), “Mujhse shaadi karogi” and “Laal dupatta” (“Mujhse Shaadi Karogi”), “Mashallah” (Ek Tha Tiger”), “Chinta ta chita” (“Rowdy Rathore”), “Fevicol se” (“Dabangg 2”) and “Raat bhar” (“Heropanti”).

As the news of Wajod’s demise spread, Bollywood took to social media to express grief and shock.

“Terrible news. The one thing I will always remember is Wajid bhai’s laugh. Always smiling. Gone too soon. My condolences to his family and everyone grieving. Rest in peace my friend. You are in my thoughts and prayers,” tweeted Priyanka Chopra.

Among the first to confirm the news with a tweet of condolence was composer Salim Merchant of the Salim-Suleiman duo. “Devastated with the news of the passing away of my brother Wajid of Sajid -Wajid fame. May Allah give strength to the family.. Safe travels bro.. @wajidkhan7 you’ve gone too soon. It’s a huge loss to our fraternity. I’m shocked & broken,” wrote Salim.

Vishal Dadlani wrote on Twitter: “Wajid Khan is gone far too soon. His talent and heart were never appreciated enough. All the times we planned to meet & never did because we were busy, those will always rankle. Sajid Khan, mere bhai. You will never be alone & our brother will forever be remembered.”

“Heartbreaking news. Wajid no more. Spent time on the SRGMP show with him as a co-judge and he was so kind and generous. I know he was ailing for a while, regret not picking up the phone on him in this lockdown. Stunned and sad,” wrote singer Sona Mohapatra on Twitter.

Singer Harshdeep Kaur tweeted: “My deep condolences to #WajidKhan Ji’s family. Still can’t believe that he is no more. Have always seen him smiling and spreading joy around him. Huge loss to the music industry.”

“This cannot be true! I can’t believe that Wajid bhai has left us.. In state of complete shock! Worked with u on so many songs and just met u a while ago @wajidkhan7 .. May your soul Rest In Peace.. May god give strength to the family to bear this huge loss,” tweeted singer Tulsi Kumar.