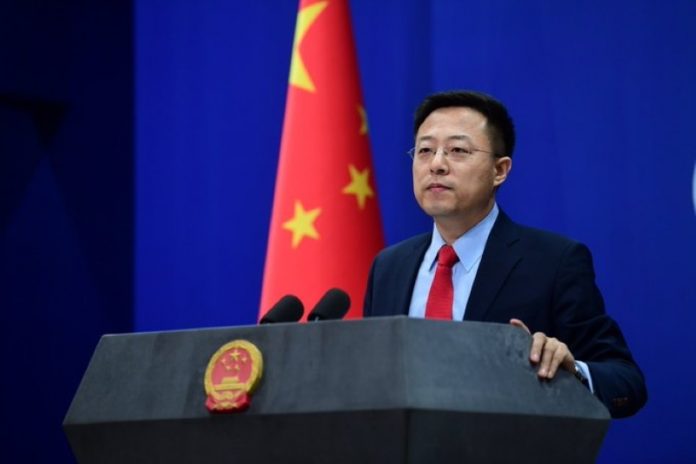 China has threatened to retaliate against the US after President Donald Trump said he will no longer extend trading privileges to Hong Kong over Beijing’s bid to exercise tighter control over the former British colony.

China’s legislature approved a national security law seen as aimed at reducing the autonomy Hong Kong has enjoyed since rejoining the mainland in 1997 under the “one country, two systems” formula.

On Monday, Chinese Foreign Ministry spokesman Zhao Lijian said at a press conference that China was “firmly opposed” to the US move.

“The announced measures severely interfere with China’s internal affairs, damage US-China relations, and will harm both sides,” he added.

He reiterated that “Hong Kong is part of China” and warned that “any words or actions by the US that harm China’s interests will meet with China’s firm counterattack”.

The controversial security law aims to ban any act of subversion against the central Chinese government in Hong Kong and to eradicate any loophole of “foreign interference” in the city.

It has been criticised by lawyers and activists who have warned that the legislation could curtail the freedoms enjoyed by the semi-autonomous city.

The legislation has already sparked protests in the city, as well as against another law that could criminalize insults to the Chinese anthem.

The Hong Kong government supports the law, while Beijing has previously warned that it will retaliate if the US adopts any form of sanction.

Trump’s order seeks to hit both the city, which is an important international financial and commercial centre and China, which uses the territory to negotiate with other countries.

He did not clarify whether he plans to completely eliminate the special trading status the US grants to Hong Kong.

A 1992 American law also requires Washington to continue treating the region the same as when it was a British colony.

Waiting for his safe return, says the family of Kerala sailor on ship...