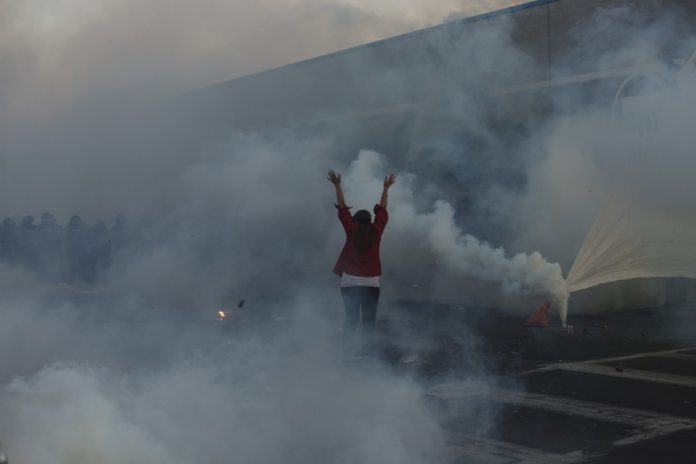 Authorities have extended the curfew in Los Angeles County after it witnessed another day of protests over the death of African-American man George Floyd in police custody in Minneapolis on May 25.

The authorities announced that the curfew for the most populous county in the US with a population of over 10 million, will continue from 6 p.m. Monday to 6 a.m. Tuesday, reports Xinhua news agency.

Kathryn Barger, chair of the Los Angeles County Board of Supervisors, said that the extension of the countywide curfew is “to protect against any further devastation”.

“With COVID-19 fresh in our minds, we see that staying home can save lives. Life is precious — and we must do everything we can to protect one another,” she added.

During the curfew, all residents are required to stay off “public streets, avenues, boulevards, places, walkways, alleys, parks or any public areas or unimproved private realty within Los Angeles County”.

Any violation of the order is a misdemeanor, punishable by a fine upto $1,000 or an imprisonment up to six months, or both, according to the terms of the curfew.

The announcement came after the protests over Floyd’s death went into the sixth straight day on Monday in the Los Angeles area.

Some other areas in the county, such as Beverly Hills, Santa Monica and Long Beach, even issued their own stricter curfew orders in response to days of chaotic protests.

Some 40 cities across the US have imposed curfews to curb acts of violence in extensive demonstrations against police brutality and racism.

Floyd, an unarmed 46-year-old man, died after Derek Chauvin, a white police officer, held him down with a knee on his neck though he repeatedly pleaded, “I can’t breathe”, and “please, I can’t breathe”.

All four police officers involved in the incident have been fired, and Chauvin has been charged with third-degree murder and manslaughter.

Oprah Winfrey Waiting for 'God's Sign' to run for President