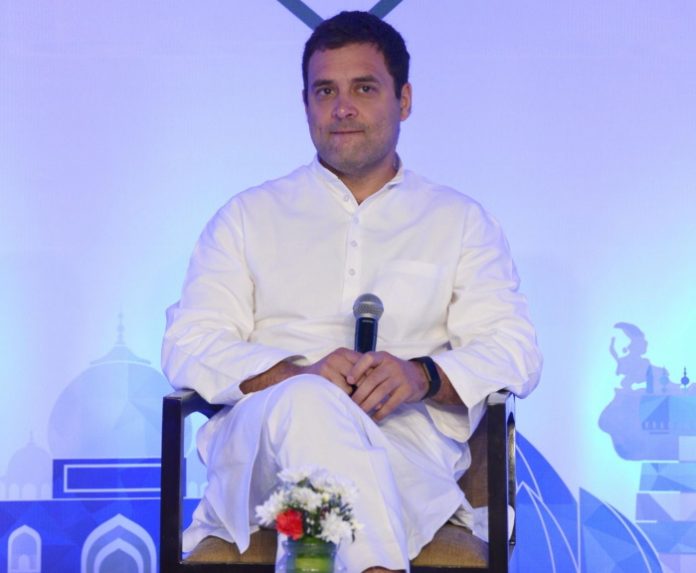 In a letter addressed to Chief Minister Pinarayi Vijayan and the District Collector Adeela Abdullah on Tuesday, Gandhi said the ‘First Bell’ initiative launched is an innovative move to establish digital classrooms.

“While this is a temporary alternative, its success depends on students access to digital infrastructure like computers, smart phones, television and reliable internet connections,” wrote Gandhi.

It was on Monday that Vijayan launched the online classes for around 4.5 million students studying in 16,000 schools offering the state syllabus.

Gandhi in his letter also pointed out that a large number of tribal students in his constituency do not have access to the infrastructure needed for this online classes.

“Hence they will be in a disadvantageous position right from the start of the academic year. This may worsen the education inequalities in a district which has the highest school dropouts. Hence, I request to kindly extend the necessary support to tribal students to access the digital tools for them. I understand efforts are being made and we will work collectively for this. I would extend my full support to augment the digital infrastructure in my constituency,” said Gandhi.

The Kerala Infrastructure and Technology for Education (KITE) is the backbone of the education system in the state and has taken on to fuel the intricacies of the IT-enabled education in over 16,000 schools in the State.

“Our plan of action is from June 1st to 7th, which is the first week of the trial run. By the end of the first week, we will be able to precisely know how things are going and how many students failed to get the connection. This is a very simple process and we are confident that we will be able to reach out to each and every student who will be able to get access. Moreover, in case a student misses a class, it is readily available in YouTube also. The concerned school teacher will ensure that all their students get this online,” said a confident Sadath, the person who is coordinating this.