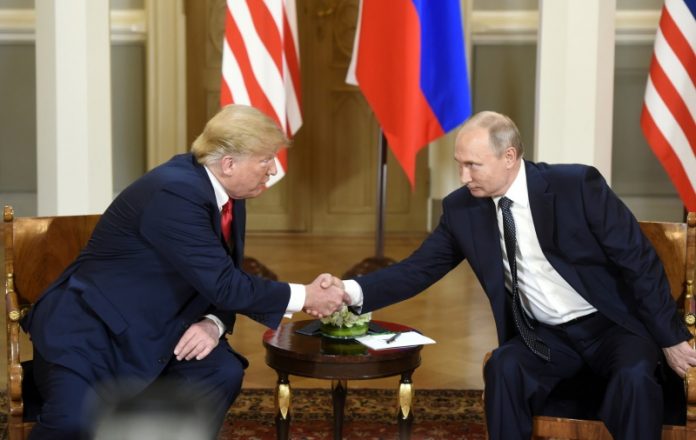 The UK and Canada have opposed Russia’s return to the G7, deepening a rift over US President Donald Trump’s wish for Moscow to rejoin the group of the world’s wealthiest nations.

On May 30, Trump announced that he was postponing the G7 leaders’ summit, adding that it was “outdated” and that he would like to see more countries, including India, Russia, Australia and South Korea added to the group.

According to the Kremlin, Trump in a phone call with his Russian counterpart Vladimir Putin told the latter of his plan to invite him to the summit.

The White House confirmed the development, saying that making “progress toward convening the G7” with Russia was among the topics the leaders discussed in the phone call.

Russia was expelled from the group – previously known as the G8 – in 2014 in response to its annexation of Crimea, the BBC reported

But Trump’s invitation to Putin has drawn the ire of the UK and Canada, whose leaders have said that they would not support Russia’s re-admission to the group.

“Russia was excluded from the G7 after it invaded Crimea a number of years ago, and its continued disrespect and flaunting of international rules and norms is why it remains outside of the G7, and it will continue to remain out,” Canada’s Prime Minister Justin Trudeau said at a news conference.

Also, a spokesman for the UK Prime Minister Boris Johnson said he would veto any proposal to allow Russia to rejoin the group.

Unless Russia ceases its “aggressive and destabilising activity”, the UK would not support the country’s readmission to the group, the BBC quoted Johnson’s spokesman as saying on Monday.

“Russia was removed from the G7 group of nations following its (2014) annexation of Crimea and we are yet to see evidence of changed behaviour which would justify its readmittance,” the spokesman told reporters.

Meanwhile, the leaders of South Korea and Australia have expressed interest in attending the summit in the US.

Last week, German Chancellor Angela Merkel rejected Trump’s invitation to attend a summit in person because of the coronavirus pandemic.

The G7 leaders’ meeting, which the US is to host this year as it occupies the rotating presidency of the group, was scheduled from June 10 to 12.

Trump announced in April the cancellation of the in-person summit due to the rapid expansion and severity of the coronavirus pandemic and said it would take place virtually.

As an alternative date, Trump on May 30 said that the summit could be held over the weekend just before or after the UN General Assembly, which is scheduled to start on September 15, or after the US presidential election in November.