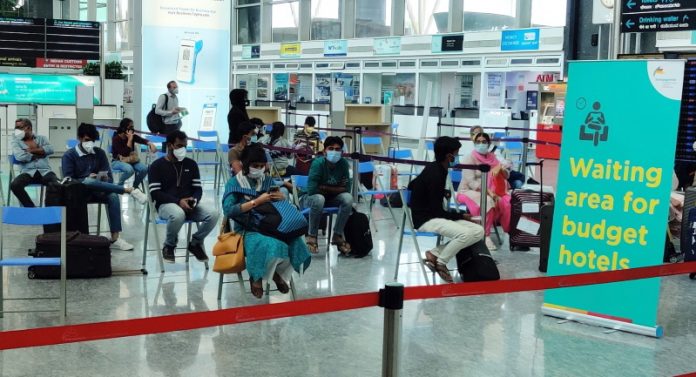 Domestic returnees from Maharashtra accounted for 91 per cent or 356 of the 388 COVID cases in Karnataka, raising the state’s tally to 3,796, an official said on Tuesday.

Of the 368 domestic returnees, cases with Maharashtra travel history constituted 97 per cent.

Only 20 new cases contracted the virus from earlier contacts.

On Monday, 75 patients got discharged.

In total, 3.19 lakh samples have been tested so far, of which 3.1 lakh were negative.

In March, the state started with eight labs.

Of the total, Bengaluru Urban has so far accounted for (11) deaths, followed by Kalaburagi (7), Dakshina Kannada (6) and Vijayapura and Bidar (5 each) among others.

Govt to facilitate return of Indians stranded abroad from May 7