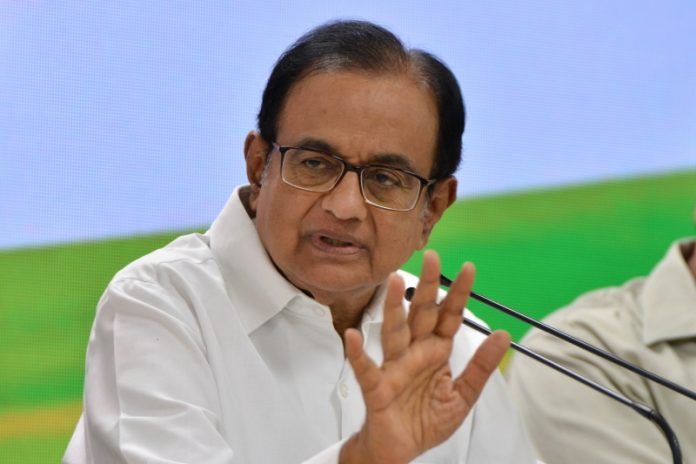 In more trouble for former Finance Minister and senior Congress leader P. Chidambaram and his son Karti Chidambaram, who is a Lok Sabha member, the Enforcement Directorate (ED) on Tuesday said that it has filed a charge sheet against them in its probe into INX media money laundering case.

The probe agency filed an e-charge sheet against Chidambaram, his son and others before Special Judge Ajay Kumar Kuhar on Monday. Besides the father-son duo, the charge sheet names Karti Chidambaram’s chartered accountant S.S. Bhaskararaman and others.

The judge has directed the ED to file a hard copy once the courts start functioning normally.

Chidambaram was first arrested by the Central Bureau of Investigation (CBI) on August 21 in the INX Media case and was granted bail by the Supreme Court on October 22.

He was arrested by the ED in the money laundering case on October 16 and was in judicial custody till November 27 under the order of a trial court.

The ED and the CBI are probing how Karti Chidambaram managed clearance for INX Media from the Foreign Investment Promotion Board (FIPB) in 2007 when his father was a minister.

According to the probe, INX Media directors Peter and Indrani Mukerjea had met Chidambaram to prevent any hold-up or delay in the FIPB approval.

Karti Chidambaram was arrested on February 28, 2018, by the CBI for allegedly accepting money to facilitate the FIPB clearance. He was later granted bail.

The ED registered a PMLA case based on a CBI FIR and alleged irregularities in the FIPB clearance to INX Media for receiving Rs 305 crore overseas funds in 2007. The agency has said the money received by associated entities was channelled back into the Advantage Strategic Consultancy Private Ltd (ASCPL).

Earlier, the agency had filed a charge sheet against him in the Aircel-Maxis deal case.

‘One nation, one ration card’ for migrants, says Nirmala Sitharaman