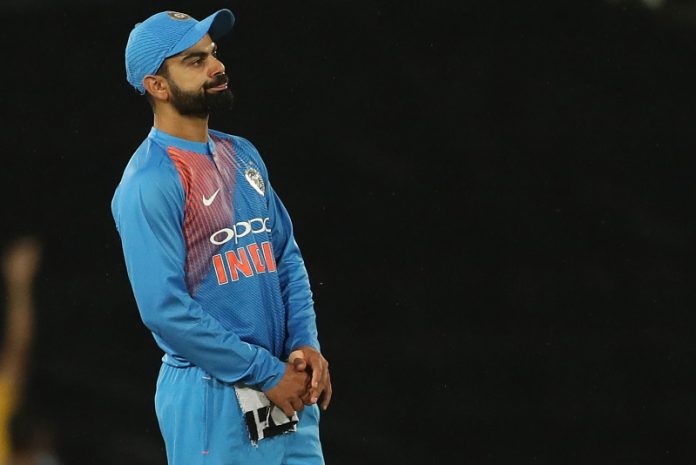 Indian cricket captain Virat Kohli was among several sportspersons who took to social media to express shock over the inhuman incident where a pregnant elephant was fed pineapple stuffed with firecrackers in Kerala.

The brutal incident of animal abuse took place in Kerala’s Palakkad district, which resulted in the death of the elephant while standing in the river.

“Appalled to hear about what happened in Kerala. Let’s treat our animals with love and bring an end to these cowardly acts,” Kohli said in a tweet from his Twitter handle.

Star shuttler Saina Nehwal condemned the act by replying to People For Animals India’s post on the brutality. “So sad to know this,” Saina said.

Indian football team captain Sunil Chhetri called the perpetrators of this as “monsters”.

“She was a harmless, pregnant Elephant. That makes the people who did what they did, monsters and I hope so hard that they pay a price. We keep failing nature over and over again. Remind me how we’re the more evolved species?” Chhetri tweeted.

India pacer Umesh Yadav echoed Chhetri and called for strict action to be taken against those who did it.

“Feeding a pregnant elephant with a pineapple filled with crackers. Only a monster can do this. Strict action should be taken against the culprits,” Umesh said in a tweet.

Director of Celebrity and Public Relations, PETA India, Sachin Bangera has been very vocal and celebrities have been replying to his posts, asking him to get the criminals arrested.

“Never understood humans. They revere elephant-God and also abuse elephants by beating, torturing and using them for joyrides,” he tweeted.

“This is the Elephant God and this is just plain old elephant. Just like…This is a rich businessman and this one just a plain old migrant labourer or farmer. We all know what to worship and what to abuse.”

Many celebrities both from the world of sports and entertainment shared images and sketches to express their anger and grief.

Ace India off-spinner Harbhajan Singh also posted a series of angry faced emoticons on a newsfeed of the same. Later, Harbhajan said in an Instagram post that he cannot get over this dastardly act.

“I honestly can’t get over this! It’s hurting so bad to think of what she went through.. I pray whoever did this gets the harshest of punishment.. are these inhuman people just born this way or is it upbringing??”

The Kerala Forest department has launched a ‘manhunt’ for those responsible for the death of the 15-year-old pregnant wild elephant, said an official.

In another tweet, Sachin wrote: “PETA is in touch with @ForestKerala. A case has been registered against unidentified persons under Secs 9 & 51 of Wildlife Protection Act, 1972. We’ve offered our support and assistance to the forest dept. in bringing the perpetrators to justice. Via @asharmeet02.”

Cognizant announces additional 25% of base pay for India staff