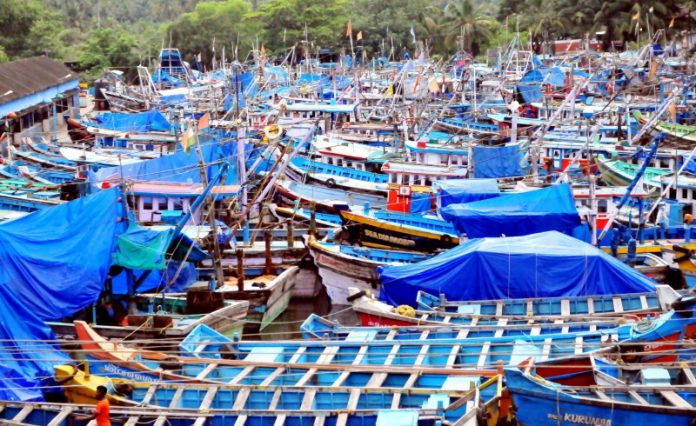 Starting June 9 midnight around 5,000 fishing trawlers will have to keep 12 nautical miles away from the Kerala coast as the 52-day-long trawling ban will come into effect.

The ban will be lifted on the midnight of July 31.

This has been the case since 1988 when the trawling ban was first enforced.

The ban is however not applicable to the traditional fishermen who engage in fishing in the sea on traditional boats.

The reason why such trawlers are banned is because it’s during this period that the breeding of fish takes place and any disturbance to that process will deplete the fish wealth.

According to the rules, the state’s jurisdiction is up to 12 nautical miles and hence it can come out with directives and those trawlers which break these rules will be fined.

As a result of the ban fish, considered one of the most important dish in a vast majority of the Kerala households, will become dearer, be it the big or small ones, as prices are expected to go up a minimum 25 per cent.

Kerala has over 200 fishing villages and the total fishermen are in excess of seven lakh.