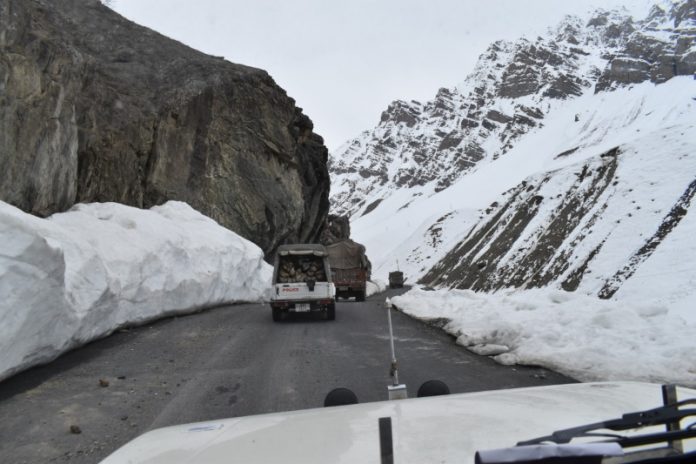 China has made a slight retreat at Galwan Valley, one of the flashpoints leading to a standoff with India, in Ladakh region on Wednesday, sources said. In a bid to resolve the issue, China’s People’s Liberation Army moved back two kilometres and the Indian Army has moved back by one kilometre.

However, at another flashpoint Pangong Tso (lake), troops from both sides are stationed and are camping over there. This would be the main focus of the meeting on June 6 between top military officers of India and China.

The general officer commanding of Leh-based 14 Corps, Lt. Gen. Harinder Singh, is set to represent India at the talks.

Sources said that the Chinese are camping permanently at Finger 4 that has been under Indian control. “This needs to be resolved on an urgent note,” said a top Indian Army officer.

Further, Northern Army Commander Lieutenant General YK Joshi has reached Ladakh to review the ground situation and he is going to remain till Thursday.

In addition to it on Tuesday, India and China military representatives carried out talks to resolve the ongoing face-off in Eastern Ladakh.

Division Commander Level Meeting was held between the Major General rank officers of the two sides on Tuesday afternoon to resolve the issue but in the end, it remained “inconclusive”.

Another round of talks between Indian and Chinese military leaders will be held on June 6. Indian Army Chief MM Naravane is confident enough that the stand-off would be resolved at military level talks, sources said.

Indian Army and China’s PLA held several meetings to resolve the face-off. However, no breakthrough has taken place.

In the meantime, China has sent a large number of troops to the Line of Actual Control as reinforcement. Seeing so, Indian Army has also deployed forces accordingly.

Indian Army is keeping a close watch in the Pangong Tso (lake) sector of Eastern Ladakh and the Galwan Valley region where the Chinese have enhanced deployment.

Other than Pangong Tso that is extremely sensitive the other places that are volatile in wake of the recent escalation are Trig Heights, Demchok and Chumar in Ladakh which forms western sector of the India-China frontier.

The trigger for the face-off was china’s stiff opposition to India laying a key road in the Finger area around the Pangong Tso (lake) besides construction of another road connecting the Darbuk-Shayok-Daulat Beg Oldie road in Galwan Valley.

India and China have expressed confidence that the matter would be resolved through bilateral talks and both the countries are working upon it.

However, sources said, that the current standoff in Ladakh is not the usual patrolling faceoff but part of the new combative strategy that was rolled out by China after Doklam.

In 2017, there was a 73-day stand-off between Indian and China. The standoff was at the India-China-Bhutan tri-junction Doklam. China’s road construction in Bhutanese territory was seen as an attempt to change the status quo by India and finally the road work had to be stopped.