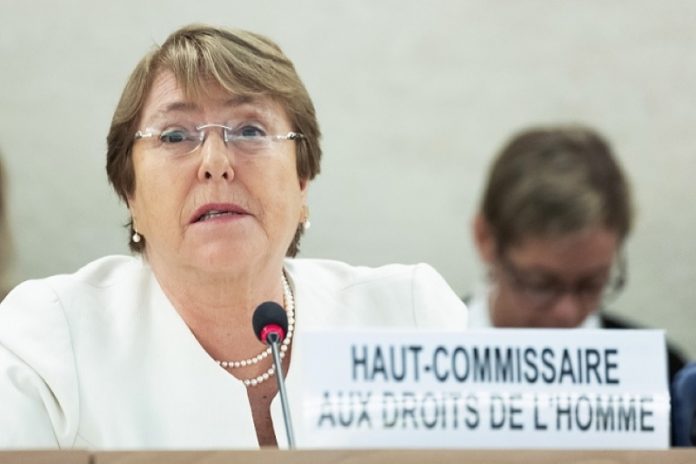 The grievances at the heart of the nationwide protests in the US need to be heard and addressed, UN High Commissioner for Human Rights Michelle Bachelet said.

She believed that there were “credible reports of unnecessary and disproportionate use of force by law enforcement officers”, including indiscriminate and improper use of less-lethal weapons and ammunition.

According to the UN official, there have been at least 200 reported incidents of journalists covering the protests being physically attacked, intimidated or arbitrarily arrested, despite their press credentials being clearly visible.

“What has been happening is an unprecedented assault on journalists. In some cases they have been attacked or even arrested while on air,” Bachelet said.

She also voiced deep concern about statements that have sought to label protesters as terrorists, or to delegitimize the mass outpouring of grief and peaceful protest by pointing to violence or destruction of property that has occurred in many locations.

“The anger we have seen in the US, erupting as COVID-19 exposes glaring inequalities in society, shows why far-reaching reforms and inclusive dialogue are needed there to break the cycle of impunity for unlawful killings by police and racial bias in policing,” she said.

Repeating her call to protesters to express their demands for justice peacefully, the UN official also urged the police to take the utmost care not to enflame the situation through the use of excessive force.

The protests, which began in response to the death of an African-American man, George Floyd, while in police custody on May 25, have spread to more than 300 US cities and towns.