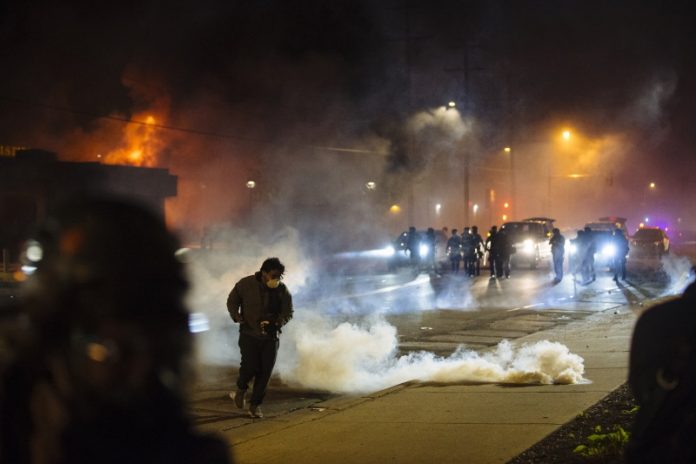 The US city of Minneapolis bid farewell to George Floyd 10 days after his death in police custody which triggered the country’s largest racial justice protests of the 21st century.

Floyd’s funeral will take place in Texas on June 9, but on Thursday a memorial service was held in Minneapolis, the city in which he had lived for the past few years and where he was killed on May 25, reports Efe news.

“George Floyd’s story has been the story of black folks. Because ever since 401 years ago, the reason we could never be who we wanted and dreamed to be is you kept your knee on our neck,” Reverend Al Sharpton said in a eulogy.

Passersby made videos of the incident with their mobile phones that showed Minneapolis police officer, Derek Chauvin, kneeling with his full body weight on Floyd’s neck after he had been handcuffed and placed facedown on the pavement.

During the first several minutes, Floyd complained that he could not breathe and pleaded for help.

He then lost consciousness, although Chauvin remained kneeling on his neck for several minutes.

“What happened to Floyd happens every day in this country, in education, in health services and in every area of American life. It’s time for us to stand up in George’s name and say: get your knee off our necks,” the Reverend said.

On Wednesday, the attorney general of Minnesota, Keith Ellison, said the charge against Chauvin has been upgraded to second-degree murder from the charges of third-degree murder and manslaughter levelled against him on May 29.

Also on Thursday, Judge Paul R. Scoggin set bail at $1 million each for the three officers, or $750,000 under certain conditions, including that they do not work in law enforcement or have contact with Floyd’s family.

Chauvin however, will not appear before a judge until next week

On the 10th day of protests in the US, many cities that had experienced nights of violence, chaos and looting, particularly in Washington and Los Angeles, lifted curfew restrictions following largely peaceful protests and no disturbances.

In New York, however, with the curfew still in force, the large deployment of police in the city helped disperse protesters and detain all those who have resisted leaving the streets on a day when the heavy protests reduced a little.

In Buffalo, New York, two police personnel were suspended after they pushed a 75-year-old man to the ground and left him bleeding and unconscious.

New York Governor Andrew Cuomo called the incident “wholly unjustified and utterly disgraceful,” while the man hospitalized is in a stable condition.

In Salt Lake City, Utah, the authorities detained a man who last week brandished a machete and later a bow and arrow and shouted “Yes, I am American. All lives matter”, in a counterpoint to “black lives matter”, which is championed in the protests.