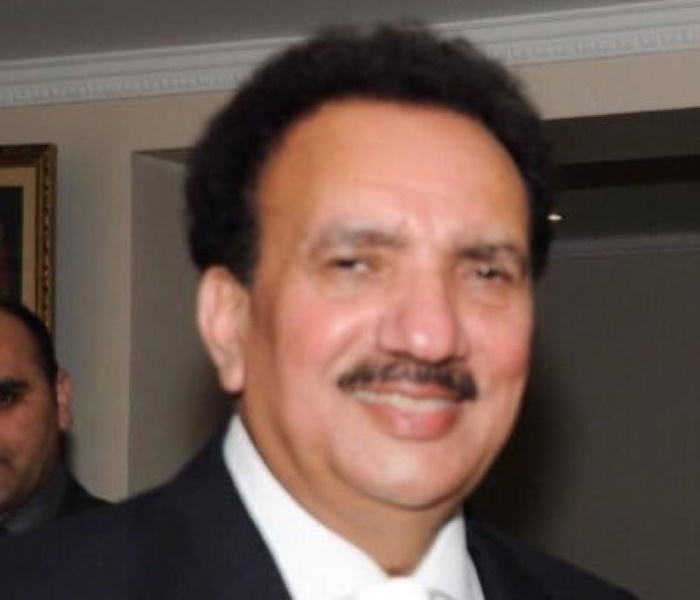 After femme fatale and adventurist, the very enigmatic Cynthia Dawn Ritchie’s gigantic expose earlier on Friday evening, acting virtually as a one women demolition crew against the Pakistan Peoples Party (PPP), many in Pakistan questioned her motive and timing.

Twitter was agog with her FB live session where she named former Interior Minister Rehman Malik as the main perpetrator of her rape. But she didn’t back down tweeting – “Occurred at IM’s house in min enclave 2011 around the OBL incident. I thought it a meeting about my visa but I was given flowers/a drugged drink. I kept quiet – who in PPP gov’t would help me against PPP IM (referring to then Interior Minister Rehman Malik). Recently they attacked family; I’ve had it. Ready to face any accuser.”

This tweet added to the incendiary murkiness of Pakistan polity. Her next tweet wasn’t a thirst slayer, it left everyone asking for more. “And, yes, I did tell someone at the Us Emb in 2011, but due to ‘fluid’ situation and ‘complex’ relations between US and Pakistan, the response was less than adequate. I’ve been engaged to a wonderful man who I met in PAK. He encouraged me to speak out, so we can move on as a couple.”

What made her allegations even more sinister was her naming and shaming a former PM as well. “I was physically manhandled by then Health Minister Makhdoom Shahabuddin and then Prime Minister Yousaf Raza Gillani — while the latter was staying at the President’s House.”

Cynthia Ritchie also stated in her video that she would be happy to go into detail with the “appropriate, neutral investigative journalists” and that she “will be ready to meet any and all investigators, as is required by law, as early as next week”.

Probably confirming her linkages, Twitterati let the cat out of the bag. “Media reported in 2018 that she’s linked directly to #GenAsifGhafoor & #ISI. They need to clarify if they are behind all this garbage & slander campaign like the #IJI days.”

Twitter allows iOS users to limit replies to their tweets

It’s Time to Understand the Universe Without Stephen Hawking