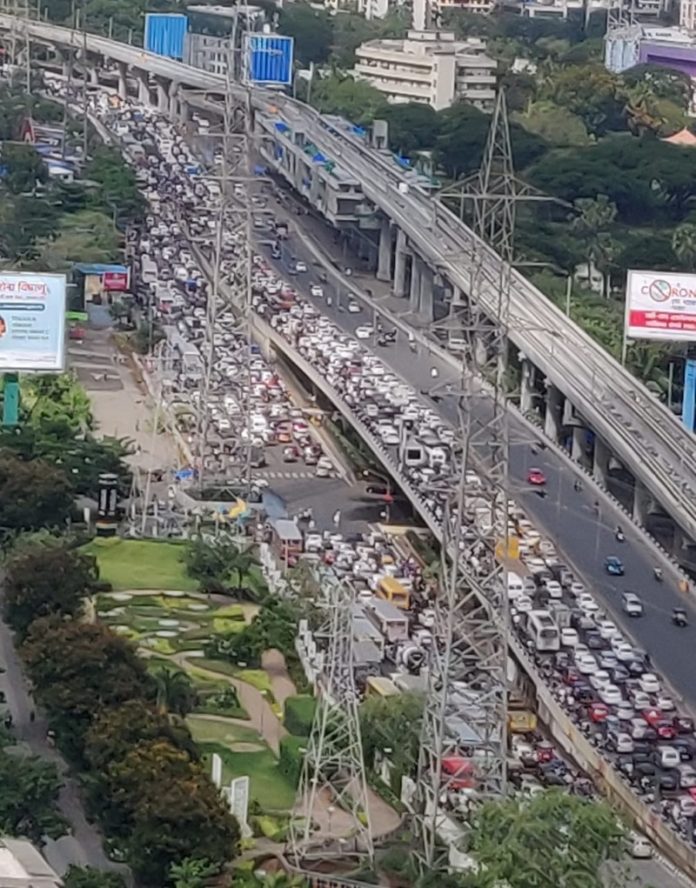 Mumbai has unleashed its semi-normal self with thousands of masked men and women stepping out with their vehicles headed to their workplaces, creating traffic snarls at many locations, as the city eases into Unlock 3.0 mode, here on Monday.

The BEST and Maharashtra State Road Transport Corporation (MSRTC) deployed a limited number of public buses which led to snaky queues of commuters waiting for long to catch a bus at bus-stops or depots, particularly in the suburbs.

Federation of Retail Traders Welfare Association President Viren Shah said that many people have not been able to reach their workplaces due to shortage of buses and suburban trains are still not operational.

“Unless people can conveniently reach their workplaces, it is difficult to make any estimatesï¿½ The same situation could prevail in the evening when they want to return home,” Shah told IANS.

As per the latest guidelines, all shops and establishments — except those still prohibited like malls, cinemas, restaurants, barbershops and beauty parlours, etc — have been permitted to reopen on odd-even days on each side of the roads, private offices with 10 per cent staff, government offices with 15 per cent staff, etc.

Travel is allowed within Divisions like Konkan, Pune, Nashik, Aurangabad, Nagpur, Amravati, but inter-division or inter-state is barred except for medical emergencies.

Similar chaotic conditions were seen in adjoining Raigad, Thane and Palghar districts, besides major cities like Pune, Aurangabad, Nashik, Nagpur with hordes returning to their factories, trade and businesses or to reopen the neighbourhood shops and render services like repairs of electricals, plumbing, computers and electronics,