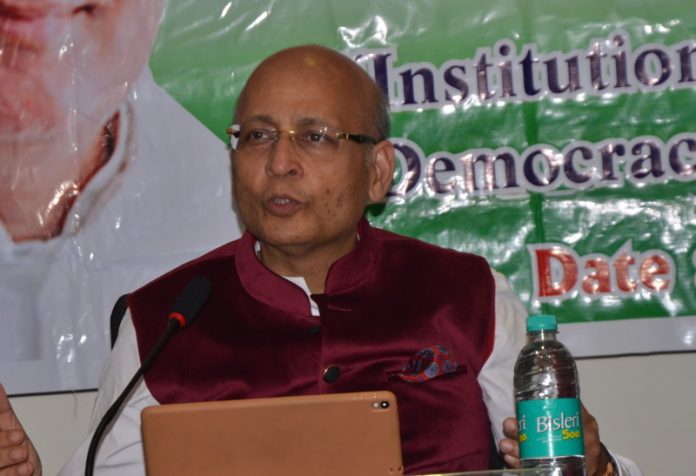 After Congress interim president Sonia Gandhi wrote an article on MGNREGA saying it’s not about the BJP or the Congress which initiated this scheme, demanding that NGNREGA must be scaled up and made open-ended to meet the massively increased demand, the Congress targeted the Prime Minister for making fun of this scheme.

As Covid-19 has demonstrated the unmatched value of a people-centric scheme like MGNREGA with a humbled Modi Government being constrained to commit an additional Rs 40,000 crore, he said.

The unfortunate Covid-19 crisis has forced the Modi Government to concede that the Mahatma Gandhi National Rural Employment Guarantee Act (MGNREGA), 2005, is the most effective and far-reaching tool to tackle the economic challenges being thrown up. In May 2020 alone, 2.19 crore households demanded work through the Act, the highest for the month in eight years.

“Prime Minister Modi famously criticised MGNREGA on the floor of Parliament in 2014 calling it “a living monument of the INC’s failure”. Today, the PM must live with that short-sighted assessment, as MGNREGA has come to the nation’s aid in combating growing poverty. Even programmes like Swacchh Bharat and Pradhan Mantri Awas Yojana are being merged to leverage its utility, reach and value. As on March 31, 2020, over 12 crore people (cumulative) had benefited from the program,” said the Congress.

The congress took credit that it is the Congress which sustained “pressure” that has now compelled this government to increase the allocation to over Rs 1 lakh crore from the original allotment of Rs 61,000 crore at the start of the current fiscal year.

The Congress said that money allocated in MGNREGA under the PM’s financial assistance package is ostensibly Rs 40,000 crore, in effect due to outstanding liabilities, the total amount is not Rs 1 lakh crore but closer to Rs 84,000 crore.

The party said that 8 crore migrants are expected to relocate due to Covid-19. In the Supreme Court, the Government has stated that 91 lakh migrants have been moved by Shramik special trains. This number is only the start of an exodus that is taking place across the country.

“Since PM Modi is compelled to fall back on a UPA Scheme it is only appropriate that we, as its authors, provide him with additional guidance for the next steps,” Singhvi said.

Bubble tea is Making a Splash in Mumbai