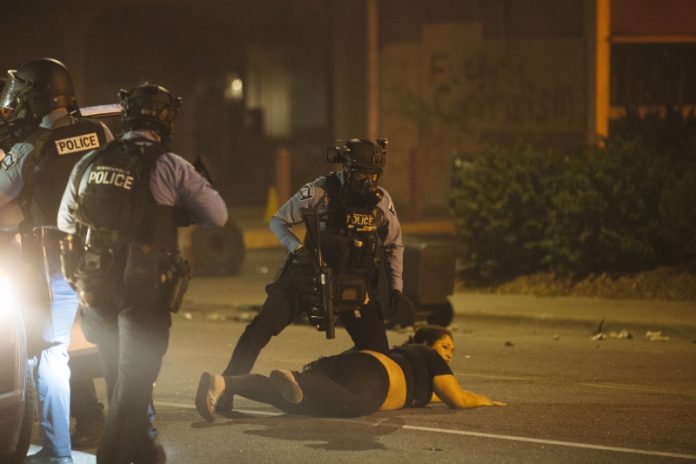 Bail was set at $1.25 million for a sacked Minneapolis police officer accused in the death of George Floyd, an African-American man who died in the US city on May 25 while in police custody.

Derek Chauvin, who made his initial court appearance, would have to pay that amount to be released with no conditions while awaiting trial, Hennepin County District Judge Jeannice Reding ordered on Monday.

But she also gave the defendant the option of receiving conditional release by posting $1 million bail, reports Efe news.

Those conditions include being law-abiding, making future court appearances, not working in any security capacity, not possessing firearms, not leaving the state of Minnesota and not having any contact with Floyd’s family.

Neither Chauvin nor his attorney, Eric Nelson, objected to the bail amount or the bail conditions during the 15-minute court appearance, which took place via remote video feed starting at 12.45 p.m.

Chauvin did not enter a plea on Monday but is expected to do so at his next court appearance scheduled for June 29.

Third-degree murder, defined in the Minnesota Statutes as an unintentional killing during a dangerous act with a depraved mental state, carries a maximum prison sentence of 25 years.

Unintentional second-degree murder, meanwhile, is defined under state law as unintentional killing while committing or trying to commit certain felonies and is punishable by up to 40 years in prison.

That latter charge against Chauvin was added by Minnesota Attorney General Keith Ellison, an African-American after he took the lead in the case.

The other three officers – Alexander Kueng, Thomas Lane and Tou Thao – also were charged by Ellison.

Kueng is African-American, while Lane is white and Thao is of Southeast Asian Hmong descent.

Bail for Kueng, Lane and Thao was set last week at $1 million with no conditions and at $750,000 with conditions that mirror those established for Chauvin.

All four of those now ex-police officers were involved in a May 25 incident in which Chauvin could be seen in bystander video kneeling on the neck of the 46-year-old Floyd for nearly nine minutes even though the suspect – and bystanders – repeatedly pleaded for mercy.

Floyd was arrested on suspicion of passing a counterfeit $20 bill at a grocery store.

His death has triggered a series of demonstrations over the past two weeks in the United States, where night-time curfews were imposed in around 40 cities in a bid to halt rioting and looting.