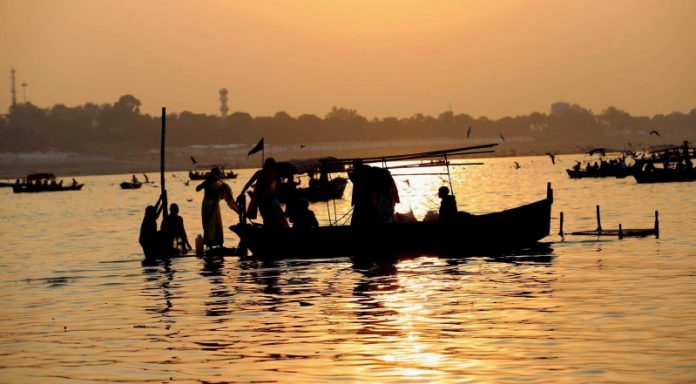 Even as life returns to normal in most parts of Uttar Pradesh in ‘Unlock 1’, the lockdown continues for boatmen in Varanasi and Prayagraj.

Around 3,000 boatmen in Prayagraj and over 5,000 in Varanasi are not being allowed to take their boats into the river.

“As it is, tourists are not coming and even the local people are not going to Sangam for a holy dip. The few that come here, go back because we cannot take them to the confluence area,” said Raju Nishad, a boatman in Prayagraj.

He said he did a brisk business in the summer months when people came to the city during holidays and took a boat for a holy dip.

“I used to earn up to Rs 500 to Rs 700 per day but now I have used up all my savings and there is no earning. There is no hope either because once monsoon sets in, people will not venture near the river,” he said.

The Allahabad Navik Sangh, an association of boatmen, has appealed to the district administration to allow them to ply boats.

Usually, around 1,500 boats are permitted to ply on Sangam and at least two boatmen work on a single boat which takes the number of ‘active’ boatmen to 3,000.

“We have told the district authorities that we are ready to maintain social distancing and restrict the number of people on a boat to five. We will also ensure that every passenger wears a mask,” said Pappu Nishad, president of the Navik Sangh.

IG (Prayagraj range) K.P. Singh, when contacted, said he would discuss the matter with the district authorities and take action accordingly.

With foreign tourists missing, their means of livelihood have dried up since the local people do not normally hire boats.

UP Board Students Resort to Bribery