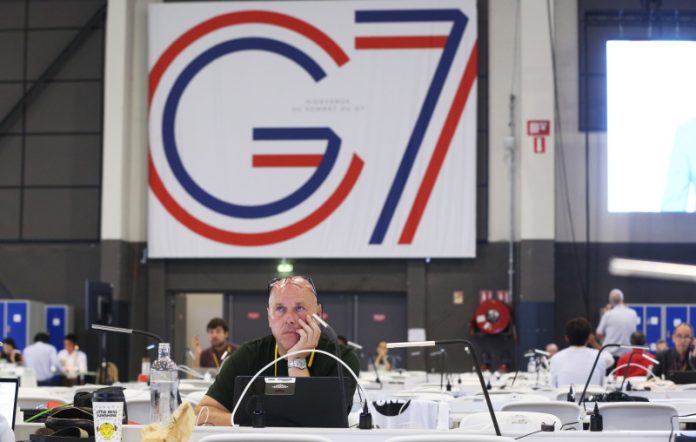 Russia on Wednesday indicated that it will not be part of the expanded G7 summit as proposed by US President Donald Trump because it is aimed at isolating China.

One of Russia’s most influential parliamentarians from United Russia, the ruling party, Konstantin Kosachev, who is also the chair of Russia’s Federation Council Committee on Foreign Affairs in a video conference told select media persons in New Delhi that though Russia appreciated President Trump’s “sober estimation” of the ineffectiveness and inadequacy of the G7 without other powerful nations especially China.

Kosachev said the invitation was problematic because the four countries – “Russia, India, Australia and South Korea” whom President Trump has invited, will be there only as witnesses without any influence on the decision-making. The invitation, he added, was more about targeting and exclusion of China, than anything else. Moscow has asked for explanations from the US about it, the Russian parliamentarian said.

Responding to a question whether the US-China tensions were emerging into a new Cold War, the politician said that the Cold War between the US and Russia was not over yet. Lashing out at the US and the West, Kosachev said the US has been continuing with the policies of weakening competitors through various means to avoid fair competition.

The Russian legislator said that Russia’s relationship with China was the strongest ever in their history and it will only grow stronger as the US’ anti-Chinese campaign intensifies.

When asked about Moscow’s position on the ongoing face-off between India and China along the Line of Actual Control (LAC) in Ladakh, he said Russia practises non-interference in bilateral issues and believes in being an “honest broker” of peace to prevent any use of military force.

In response to a question about India’s absence in the Afghan peace process, he said in Russia, the Taliban is classified as an extremist movement, but not prohibited and it has to be recognised as an important player in Afghanistan. “I am absolutely in favour of having India as an important participant in the ongoing peace process. I would recommend Russia to take efforts to involve India as much as possible,” he said.