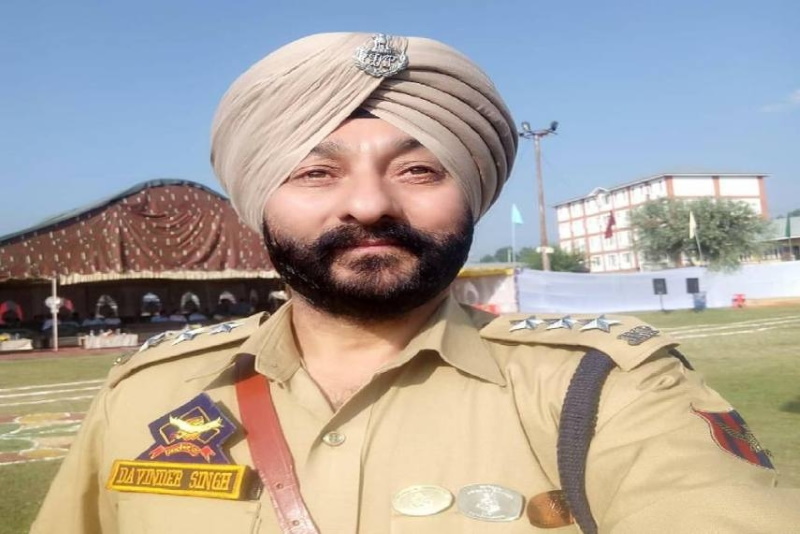 Jammu and Kashmir Police officer Davinder Singh, who was nabbed while ferrying two Hizb-ul-Mujahideen terrorists on the Srinagar-Jammu Highway, withdrew his interim bail application on Wednesday, a day after filing it in a Delhi court.

His lawyer M.S. Khan said: “Davinder’s bail has been withdrawn as certain changes had to be made. We would be filing another plea in a few days.”

On June 9, Davinder Singh and two other accused — Syed Naveed Mushtaq and Imran Shafi Mir — had knocked on the doors to the court to seek bail, asserting that “there is no evidence to show that there was any conspiracy to commit an act that would threaten the sovereignty of the country.” The matter was listed for Wednesday for hearing.

“The accused are wrongly and falsely implicated in the case. There is also no material to substantiate that the accused had the intention or conspired to carry out a terror strike,” the plea had stated.

The Special Cell of the Delhi Police is probing their role in alleged planning of a terror attack.

Singh is currently under judicial custody in Hira Nagar Jail in Jammu and Kashmir till June 16. Besides Davinder, Mushtaq and Mir accused Javed Iqbal is also under custody.

Delhi Police’s Special Cell had brought the suspended DSP from Hira Nagar Jail to the national capital in March for interrogation in another case.

Police had earlier told the court that Mushtaq, who is the commander of Shopian district of Hizbul Mujahideen, was, along with other militants, planning to execute a terror attack in Delhi and other parts of the country and targeted killings of protected persons.

In connection with this, the Delhi Police had filed FIR which stated that the youths of Jammu and Kashmir and Punjab are being trained for carrying out terrorist activities. Singh was taken in custody under this FIR and was also interrogated regarding the Khalistan angle.

Sharif, Maryam Appeal to be Filed on Monday