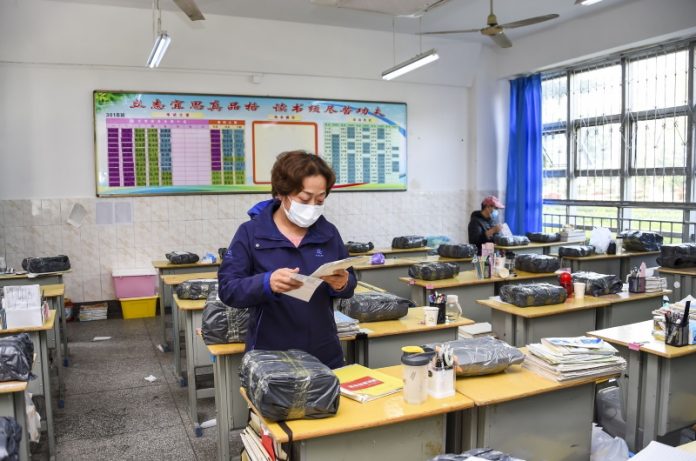 Australia said on Thursday that it will not yield to the “coercion” of China, after the Asian giant alerted its students to racist incidents in the oceanic country, in a new episode of growing trade tensions that threaten the multimillion-dollar revenue of Australian universities.

China’s Ministry of Education this week urged its students to reconsider their study trips to Australia due to “multiple incidents of discrimination against Asian descendants during the pandemic”, which has been denied by Australian authorities, reports Efe news.

Australian media have reported some cases of harassment of Asians on Australian campuses, but Australian authorities say it is one of the safest countries for international students.

Prime Minister Scott Morrison stressed on Thursday in an interview with the 2GB broadcaster that he will not “commercialize” Australian “values” in response to coercion by whoever comes, referring to his country’s position on matters such as the investigation of the origin of COVID-19 or China’s policy in Hong Kong.

In more diplomatic terms, Morrison said: “Australia provides the best tourism and educational products in the world and this is compelling… I am very confident in the appeal of our products.”

Morrison’s statements come as his government prepares to resume all economic activities in Australia next July to try to mitigate the effect of the recession that is heading for the first time in nearly 30 years.

A key sector is education, which is one of Australia’s exporting stars, after coal, iron and gas, and which contributed some A$37.6 billion ($24.6 billion) for the 2018-19 fiscal year, thanks to the 400,000 foreign students who arrived in the country, 38.3 per cent from China.

China’s warning to its students adds to the existing trade tension following Beijing’s measures against its beef and barley imports, which has hit Australia’s agro-livestock exports hard.

These trade measures and warnings have been interpreted as retaliation for the proposal by Canberra and the European Union to investigate the origin of the COVID-19 pandemic, approved last month by the World Health Organization.

The retaliation is also linked to the Australian government’s announcement last week to toughen foreign investment laws as well as the condemnation of Australia, along with the US, Canada and the United Kingdom, to the imposition of controversial new security laws by China in Hong Kong.

On Thursday, the Chinese newspaper Global Times of China warned that if Australia joins the United States in a new cold war against Beijing, “given Australia’s heavy dependence on the Chinese economy, a widespread confrontation will have a catastrophic effect on the Australian economy”.

China is Australia’s main trading partner, whose bilateral exchange was A$235 billion in the 2018-19 financial year, representing an increase of 20.5 per cent over the previous period.