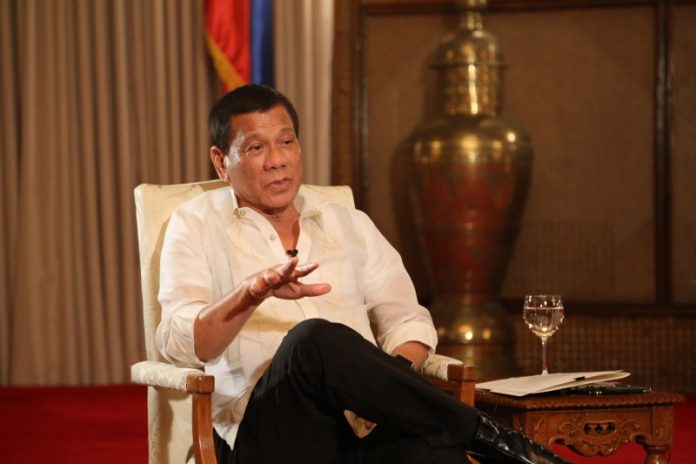 Thousands of people defied the COVID-19 quarantine in the Philippines on Friday to protest against the repressive measures of the Rodrigo Duterte government, especially its controversial anti-terrorism law.

Thousands of Filipinos, mostly university students, congregated on the campus of the University of the Philippines in Manila, despite the numerous police controls in the surroundings to restrict access and the warning the authorities issued on the eve imposing limits of meetings to 10 people during the quarantine, reports Efe news.

In order not to violate the quarantine, the protesters were organized in lines, wearing masks and keeping away from society, with posters that cried out “Activism is not terrorism”, “Outside Duterte” or “Dissent is not a crime” in repudiation of the anti-terrorism law already approved in Congress and that only requires the signature of the president.

The law expands the range of crimes attributable to terrorism, such as “threatening or inciting to commit terrorist acts”, punishable by 12 years in prison, a provision that according to legal experts seeks to punish dissent, since any protest against terrorism could be classified as terrorism. government.

The norm also extends up to 24 days – from the current three – the time that a terrorism suspect can be detained; creates a committee of law enforcement officers to issue arrest warrants for terrorism, rather than a court; and gives free access to espionage and access to the private data of any suspect.

The demonstration was baptized “Gran Mananita”, a term of Spanish-Mexican heritage that is used in the Philippines to refer to a morning birthday party since Friday marled the 122nd anniversary of the independence of the country from the Spanish colony.

For this reason, many protesters donned hats and brought with them balloons, cakes and bouquets.

In a televised message to mark Independence Day, Duterte urged Filipinos to “fight together against COVID-19” and demonstrate “the same bravery and nobility” as those of the heroes who fought for the country’s independence.