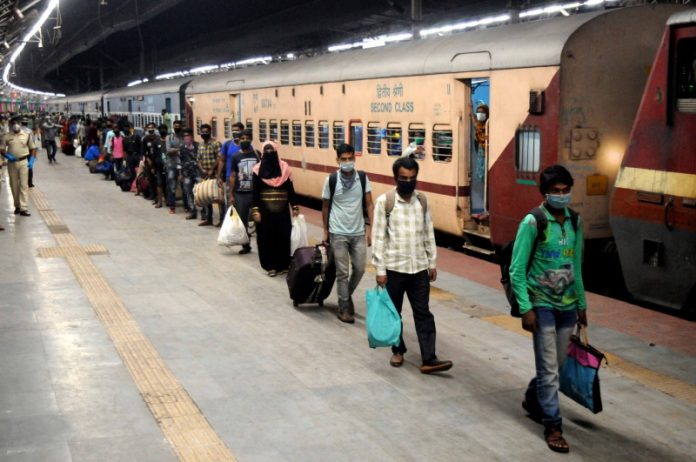 Despite fall in the demand for Shramik Special trains, the Indian Railways on Friday said that it has received a request for 63 more trains from various states of which 32 are from Kerala.

A Railway ministry spokesperson said that railways is committed to continue providing comfortable and safe movement of migrants through Shramik trains as required by the states.

“Out of 63 Shramik Special trains, Kerala has demanded 32 trains, 10 by Tamil Nadu, nine by Jammu and Kashmir, six by Karnataka, three by Andhra Pradesh, 1 train by Gujarat and two by West Bengal”, the official said, adding that Uttar Pradesh government is yet to give their requirement.

Yadav has written to the state government on May 29, June 3 and 9 asking to share their demands for the Shramik Special trains and emphasised that railways will provide the desired number of these trains immediately within 24 hours of the request.

Yadav has also urged to the state governments to indicate their requirements about Shramik Special trains and see that projected demand for movement of residual persons by rail mode is well chalked out and determined.

The railways, which suspended the passenger, mail and express trains during the nationwide lockdown from March 25 to combat the spread of novel coronavirus has started to run the Shramik Special trains to transport the stranded migrant workers, students, pilgrims and tourists.

Since May 1, the national transporter has operated more than 4,277 Shramik Special trains to transport approximately 60 lakh persons to their destination states.

Besides the Shramik Special trains, the national transporter has also started the services of 15 pairs of special air-conditioned trains from May 12 and 200 timetabled trains from June 1.

Houseboats to be introduced from Marine Drive