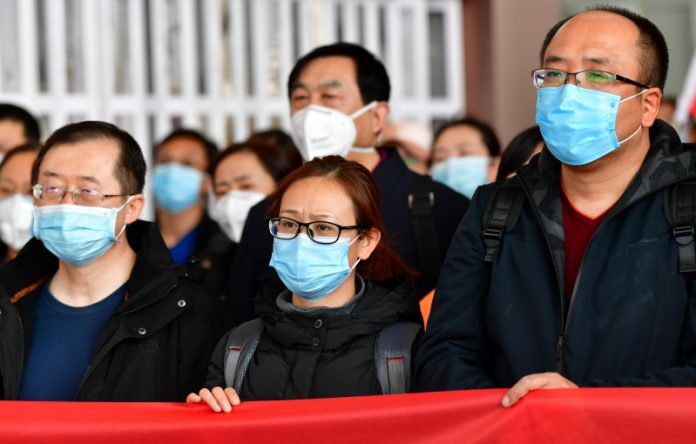 The National Health Commission (NHC) of China said on Tuesday that 40 new cases of COVID-19 were recorded in the country, of which 27 were in Beijing after a fresh coronavirus outbreak was detected in the main market of the capital city.

Eight of the cases were detected in travellers returning from overseas while 32 were locally transmitted, Efe news quoted the Commission as saying.

Beijing’s municipal government announced on Monday that the city was in “war-time mode” to tackle this new outbreak, which has resulted in 106 confirmed cases since June 11.

Over 100,000 workers are monitoring 7,120 neighbourhoods, more than 20 of which have been sealed off, to prevent the spread of the infection.

All staff and those who have had close contact with confirmed cases or the capital’s main Xinfadi wholesale food market, which is spread over an area of 112 hectares and has 1,500 management personnel and over 4,000 tenants, must remain at home and be tested for the virus at one of the designated centres in Beijing.

On June 14, 76,499 people were tested, 59 of whom tested positive for coronavirus, Gao Xiaojun, spokesperson for the Beijing Health Commission, said on Monday.

In addition to testing and prevention and control measures, the city has intensified the inspection of markets for fresh produce, frozen pork, beef, lamb and poultry products, and other businesses, including supermarkets and restaurants, are being examined to ensure that no products contaminated with the virus are circulating.

In addition to the 27 cases detected in the capital, China recorded another five locally transmitted infections: four in the northern Hebei province, adjacent to Beijing, and one in the southwestern Sichuan province.

Of the eight so-called imported cases, three were detected in the eastern city of Shanghai, three in the southern Guangdong province, one in the northern Inner Mongolia autonomous region and one in the northeastern Liaoning province.

The NHC did not report any new deaths due to virus in the country and said that three serious cases were added while seven patients were discharged and 225 close contacts were released from medical observation.

The total active cases in China stands at 210 with five of them in critical condition.

The fresh asymptomatic cases which China does not count as confirmed cases ï¿½ stood at six, two of them imported.

Three new asymptomatic cases were reported in Beijing on Monday, according to the NHC.

There are 110 such cases under medical observation, of which 63 are people who came from outside the country.

AMU VC to file FIR against police for December 15 violence